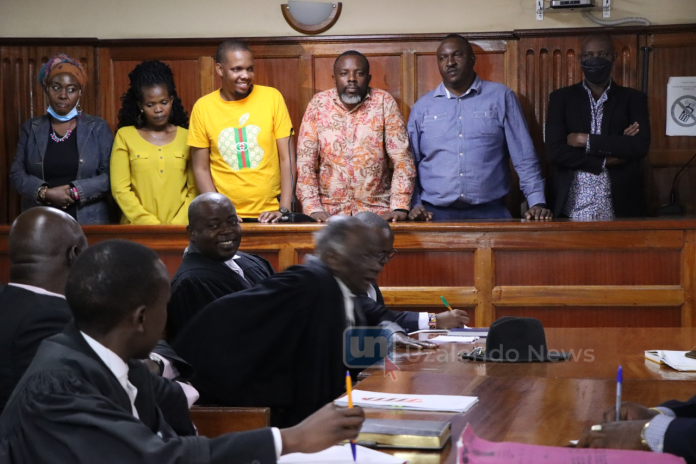 Six people accused of the murder of former Juja MP George Thuo have a case to answer.

According to Justice Roseline Langat-Korir, the prosecution proved its case against the accused.

The Prosecution had presented 30 witnesses against the six accused persons’ involvement.

They are accused of committing the crime on November 17, 2013, at Porkies Garden Restaurant in Thika Town, Kiambu County.

The defence lawyers said the accused will give sworn evidence.

The hearing of the defence is scheduled to start on February 14.

Prosecution witnesses included a pathologist who conducted a postmortem in South Africa. Others were Thuo’s widow.

The investigating officer Maxwell Otieno testified that Thuo was poisoned through drinks at Porkies bar in Thika town.

Mr Otieno told Justice Korir that detectives took bottles of Tusker beer and the clothes which the deceased was wearing to the Government Chemistry where the result revealed that Thuo was poisoned.

He said that Dr Peter Ndegwa, who conducted a postmortem on Thuo’s body, informed him that the deceased was poisoned and that he died due to excessive internal bleeding.