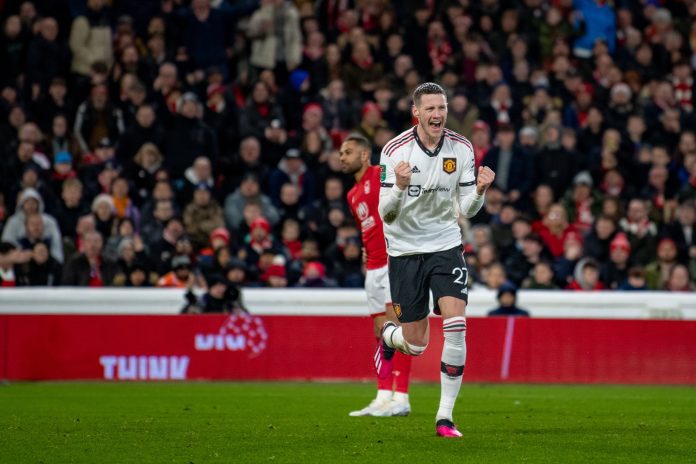 They took the lead when Marcus Rashford raced from his own half and blasted in after dodging several defenders.

Sam Surridge believed he had leveled the score, but the video assistant referee disallowed it due to offside.