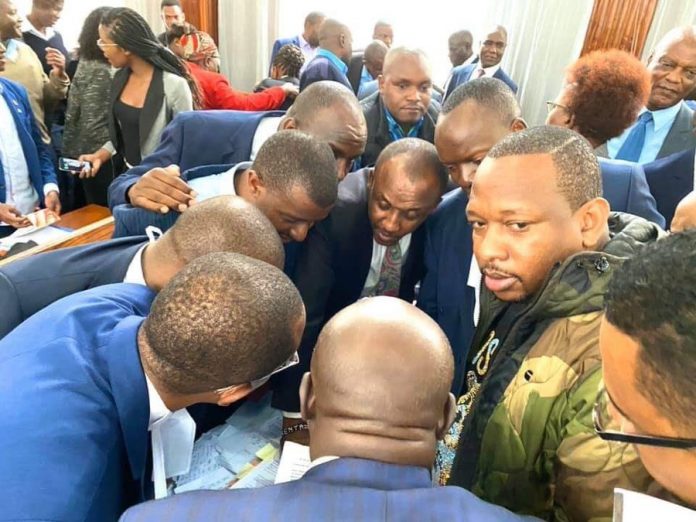 Embattled Nairobi Governor Mike Sonko will have to spend two more nights in police custody after his application for bail was rejected.

The governor who appeared at the Milimani court on Monday morning, is accused of sh 357 million fraud linked to his office.

“Anti-Corruption Court Chief Magistrate Douglas Ogoti has allowed Nairobi Governor Mike Sonko to seek medical attention as he sets to deliver bail application ruling on Wednesday. Sonko’s lawyers told the court that the governor is having suspected broken ribs inflicted on him by a police officer during his arrest,” read the statement shared by Nairobi County communications director Jacob Elkana.

Controversial US rapper Kodak Black sentenced to 46 months in prison

Matiang’i: There Won’t be any Extension of Huduma Namba Mass Registration...