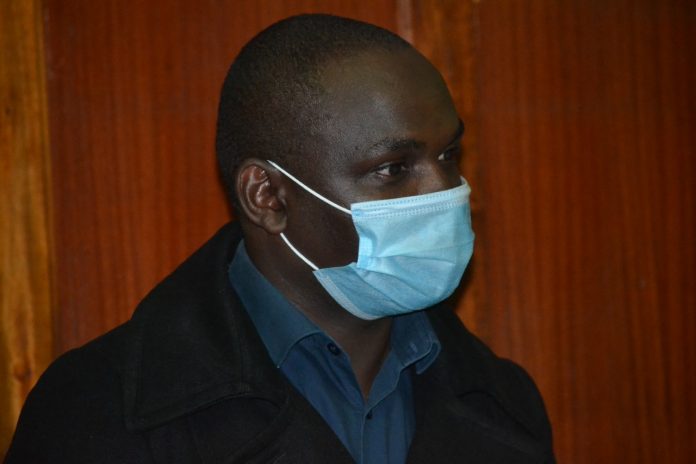 Michael Ochieng Agenga, a suspect of stealing was today arraigned in court. The suspect had appeared before chief magistrate Martha mutuku in Milimani law courts. – By Meshack Makau.

According to the charge sheets, Mr. Agenga and others not present before court stole money market fund Ksh. 6,915,660 from Britam Asset Managers limited. The said theft was projected to have occurred between February 24 and September 4, 2014.

Mr. Agenga was arrested yesterday as he tried to jet out of the country. With reference to his lawyer, the suspect was not trying to flee the country he was only going back to the United Kingdom where he works.

Women arraigned in court for fraud released on bond