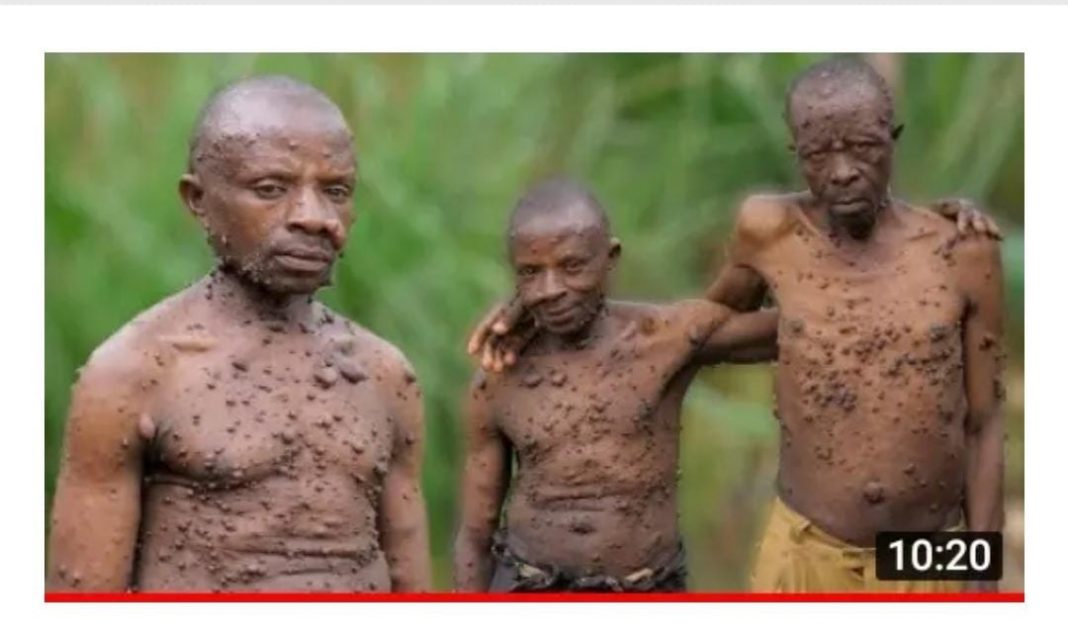 Two brothers have described a life situation that is really distressing for them.

They claim that every woman they approached to be their spouses turned them down and fled, claiming that they had scales like fish or animals.

After being crushed by the women’s replies, they agreed to stick together and share the sorrow of being rejected by all women and everyone in society.

They claim they were born healthy, but when they were 15 years old, tiny tumors began to form on their bodies.

They ignored them, assuming that was just normal because the tumors were so little and painless.

They decided not to build a house or do anything important in life since they took themselves to be useless in life.

No woman could wish to even associate with them since they all feared that they would acquire the infection from the two brothers.

The two brothers live together and are sharing the same pain of discrimination together.