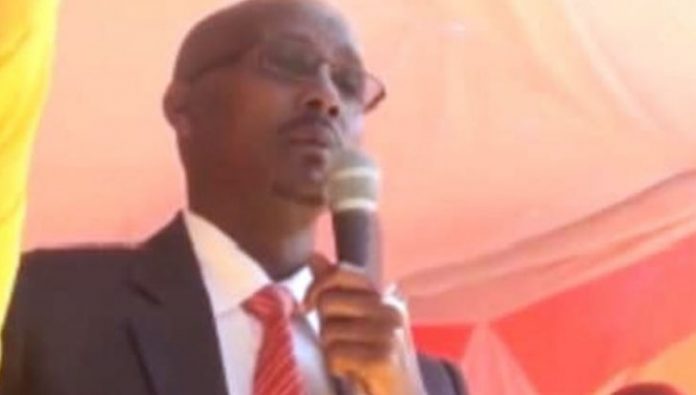 Andrea Tsele, a DC in Ludewa, Njombe region in Tanzania argues that such type of relationships have yielded a lot of street children with many men perfecting their skills in impregnating women and later abandoning them.

The DC ordered the arrest of such couples while speaking at a workshop that brought men together in the District to raise awareness on backward culture that should be done away with.

Tsele urged them to ensure they formally tie the knot before planning to have children adding that solemnization of relationships happens in churches, mosques and the Registrar of marriages, and at this point he made the order.

“And you (Ludewa Police Boss), I order you to arrest and oversee the prosecution of couples who are in come-we-stay relationships,” said Tsele.

He further stated that most of the street urchins come from families in which men and women decided to live together without legally-binding their union.

“We want to reduce the number of street children. I therefore, urge those in come-we-stay unions, and are yet to tie the knot to do so…And those who will refuse to exchange wedding vows, should be arrested.” He said.

Tsele said that such behavior is avoidable and only adds burden to the government adding that jails are for criminals and people who don’t want to formalize their relationships but end up having babies are criminals.

“Jails should be occupied by human beings, not animals; a lot of government resources have gone into building the detention centres, and, therefore, human beings should occupy them. And some of the human beings who should be thrown behind bars are people who do not want to solemnize their relationships, yet they want to live together as husband and wife,” said Tsele.

According to Tanzanian Marriage Act 1971, any man and woman who have lived together as a couple for more than two years without registering the union are treated as legally married. The law, however, says no agency or person can coerce either party into living with his wife or husband.