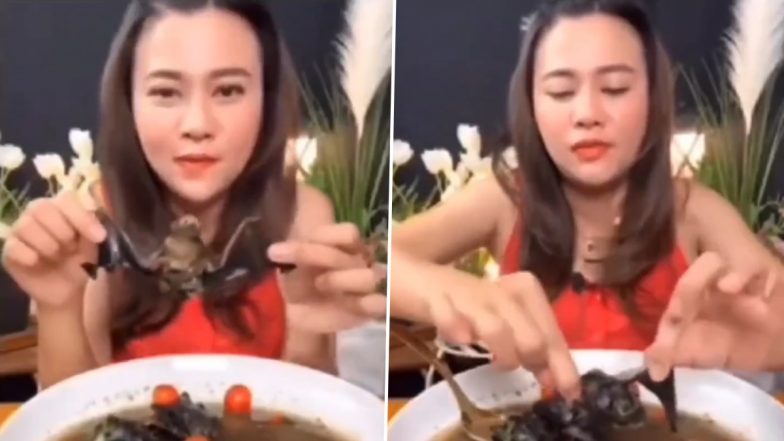 Phonchanok Srisunaklua, a Thai YouTuber and food blogger, was arrested and sent to jail for five years after recording a video of herself eating a whole bat in a bowl of soup.

However, she started receiving backlash from netizens just as the video went viral.

Describing her soup, she says that the bats are ‘delicious’ and compared them to “eating raw meat.”

Later in the video, she then starts ripping the animal apart and dipping them in a spicy sauce called Nim Jam before eating.

At one point the footage shows her holding up a whole bat to the camera and declaring ‘it has teeth’ before beginning to crunch on the bones and saying “the bones are soft.”

Phonchanok Srisunaklua, who is a teacher in Thailand, has nearly 400,000 subscribers on social media.

Meanwhile, the fodd blogger will face a prison time of five years along with a fine of 500,000 baht.

She is being charged with possession of protected wildlife carcasses and for crimes violating the Computer Crimes Act in Sakhon Nakhon province, Thailand.

Airport Personnel Discover a Cat Trapped in a Suitcase