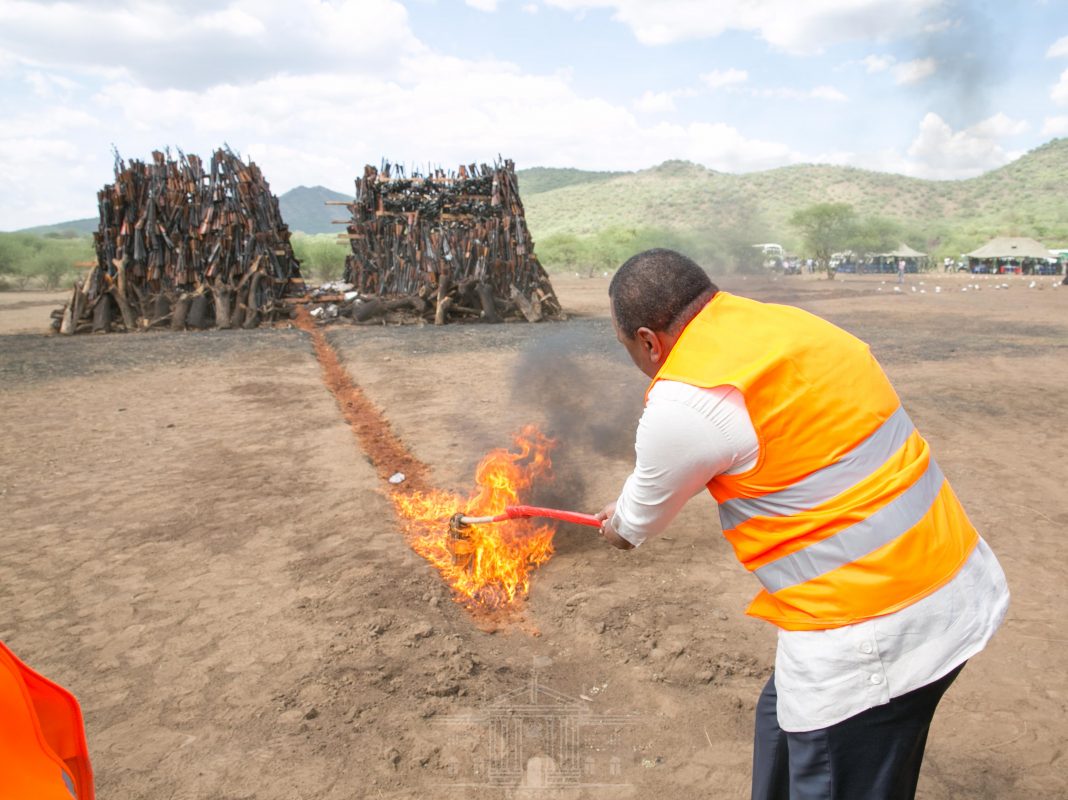 The President has assured that the government is determined to end banditry activities amongst pastoral communities saying cattle raids and related criminal activities have for far too long compromised peace, stability and development in parts of the country.

He urged community leaders and elders to work together with government agencies in ensuring that illegal weapons are surrendered to relevant authorities so as to create an atmosphere of peace and security needed for development to take place.

“I encourage members of the public to also recognize that now times have changed. We will no longer be engaged in political discourse of cultural acceptability in activities of banditry.

“The only thing we will work together is to see how we will bring it to an end by working together with community leaders, politicians, young men and women, to surrender illegal weapons” the President said.

President Uhuru Kenyatta spoke at the General Service Unit (GSU) Magadi Field Training Campus in Kajiado County, where he presided over the destruction of 8,700 illegal firearms and 366,000 pieces of assorted ammunition.

Interior Cabinet Secretary Fred Matiang’i, who also spoke at the event, said security agencies have successfully been carrying out an aggressive operation to mop up illegal arms across the country in the last few months.

He said the mop up campaign has led to the retrieval of 50 firearms from the North Rift region as well as 71 guns and assorted ammunition from Marsabit County.