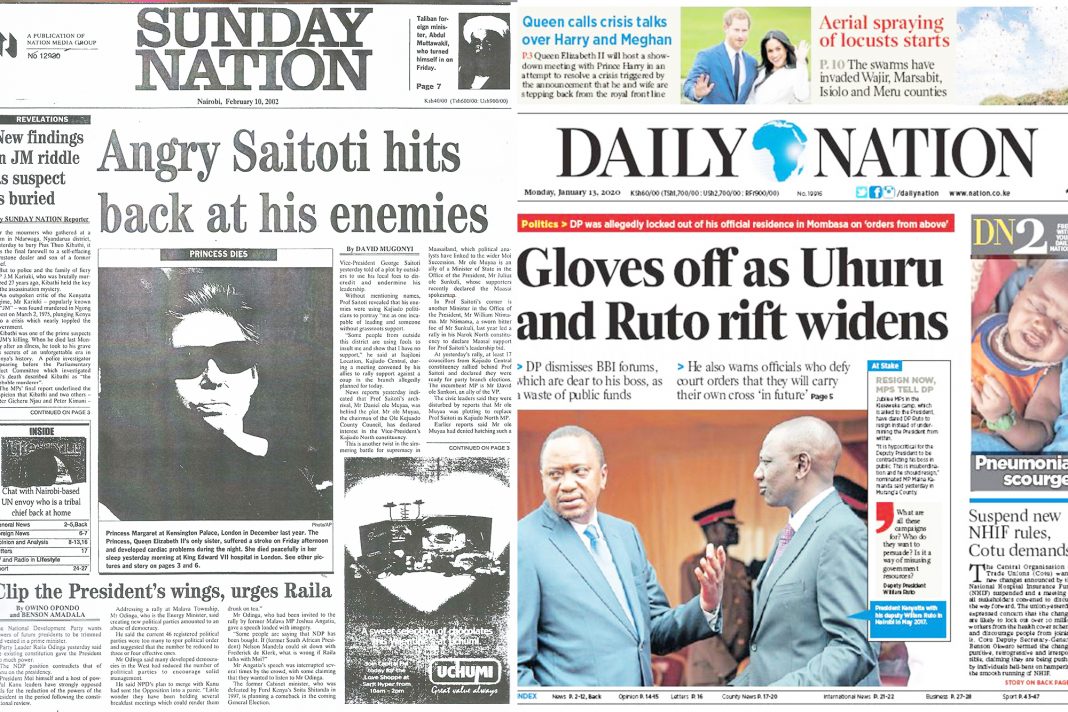 Professor Saitoti was, however, being diplomatic. His real enemy was President Moi, who had endorsed Uhuru Kenyatta as his preferred successor.

Interestingly, Raila Odinga is the common denominator in the imminent Jubillee implosion and that of KANU in 2002.
KANU and President Moi used a merger deal with Raila’s NDP to any hopes Saitoti had of ever succeeding Moi.

The script may be different and the scenario between 2002 and 2022 may be different. One thing is however clear. Like the 2002 scenario, Ruto’s political goose is cooked.