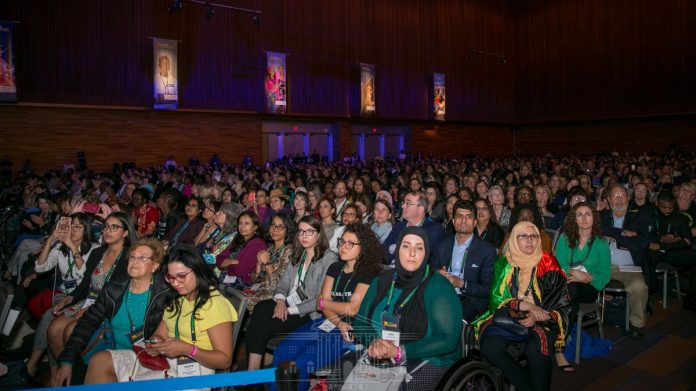 President Uhuru Kenyatta has said women should be given equal opportunities of authority as men as they are able to deliver in equal measure.

The President acknowledged the need for the society to create an enabling environment for women to exercise authority and enable them exploit their skills and talents in providing services to the communities they live in.

“We need to make the society understand that women are as capable as men. We have to create an enabling environment and the opportunity for them to serve,” said President Kenyatta during a high level panel discussion at the ongoing Women Deliver 2019 Conference in Vancouver, Canada.

He noted that cultural and religious barriers as well as stereotypes have continued to be an impediment to women in realizing their potential in leadership and in achieving their dreams of a better society.

President Kenyatta, who is attending the conference at the invitation of Canadian Prime Minister Justin Trudeau, said during his first term in office he made history by appointing six women in key cabinet positions thereby empowering them to impact the Kenyan society. Two of them were subsequently elected to governor posts during the last elections.

Push for More Women in Leadership

“At the executive we have appointed women in key Cabinet positions of Defence, Foreign Affairs, Public Service and Health,” said the President.

The President who is representing the African continent at the conference said he will not relent in pushing for more women to be included in leadership positions and pledged to use his influence to  push for the passage of the two third gender law in the Kenyan parliament.

“My government is keen on the involvement of women in leadership roles. We have not accomplished the implementation of the 2/3 gender rule in parliament; we will not relent we will keep pushing ,” said the President.

The President said there is no way a country can make meaningful progress by excluding the largest segment of its population.

Kenya has managed to succeed in ensuring gender equality at the executive, judiciary and the devolved units, but has not made considerable progress at the legislature.

“As a democracy we are working  with opposition parties, in making this a reality, we are not yet there but the debate is ongoing,” said the President.