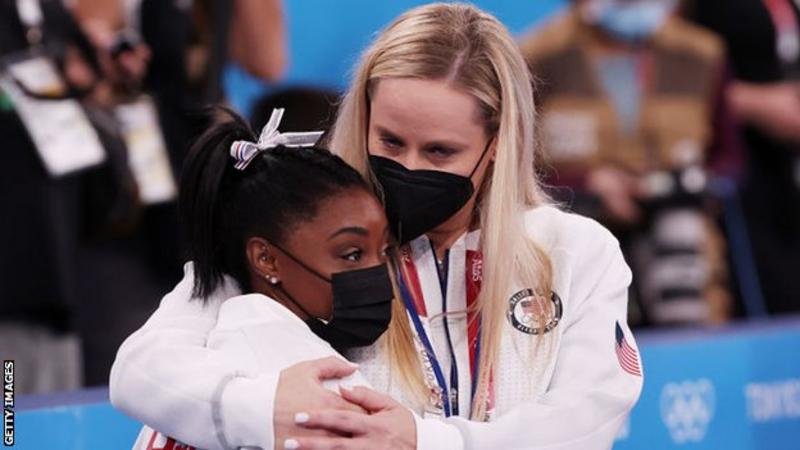 Simone Biles, a four-time Olympic gold medalist from the United States, has withdrawn from the individual all-around final in Tokyo on Thursday.

After pulling out of the women’s team final on Tuesday, Biles, the most accomplished US gymnast of all time, claimed she needed to focus on her mental health.

Biles’ decision to prioritize her mental health was lauded by the leader of the US Olympic team and fellow athletes.

In Tokyo, the 24-year-old has advanced to all five individual finals.

USA Gymnastics said: “Simone will continue to be evaluated daily to determine whether or not to participate in next week’s individual event finals.

“We wholeheartedly support Simone’s decision and applaud her bravery in prioritizing her wellbeing. Her courage shows, yet again, why she is a role model for so many.”

Biles scored her lowest Olympic vault score in the opening rotation before withdrawing from the team final.