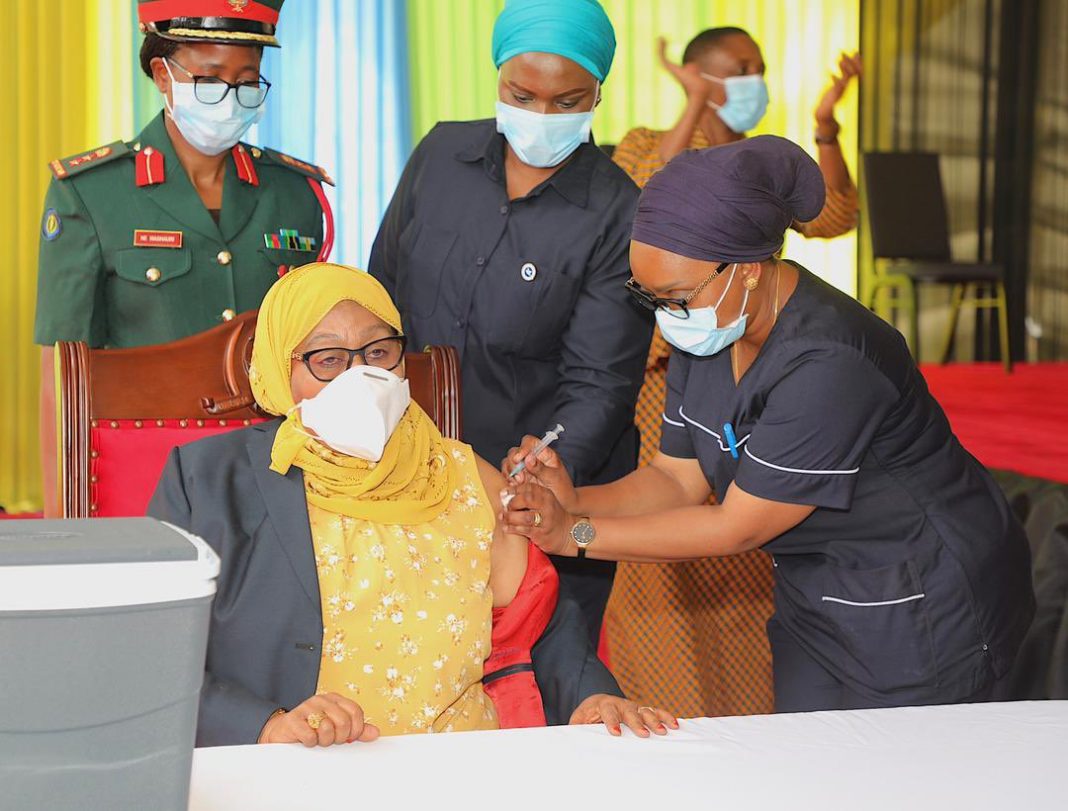 Tanzania’s President, Samia Suluhu Hassan, has gotten her dosage of the Johnson & Johnson single-shot vaccine as the country prepares to launch a nationwide vaccination drive.

As Tanzania confronts a third wave of the disease, the President who succeeded Magufuli has switched tactics, urging Tanzanians to follow health rules.

“We are in the third phase of the pandemic. We should take all precautions,” she said.

Tanzania received slightly over one million COVAX shots a week ago and appears to be slowly joining the worldwide pandemic fight.

Tanzania was one of four African countries to withhold vaccinations for its inhabitants (along with Burundi, Eritrea and Madagascar).

Tanzania received just over one million doses from COVAX a week ago and appears to be gradually embracing the fight.

Tanzania was one of four African countries that refused to vaccinate their citizens (along with Burundi, Eritrea and Madagascar).

According to a Ministry of Health statement on July 22, the country now hopes to vaccinate 60% of its 58 million-person population.