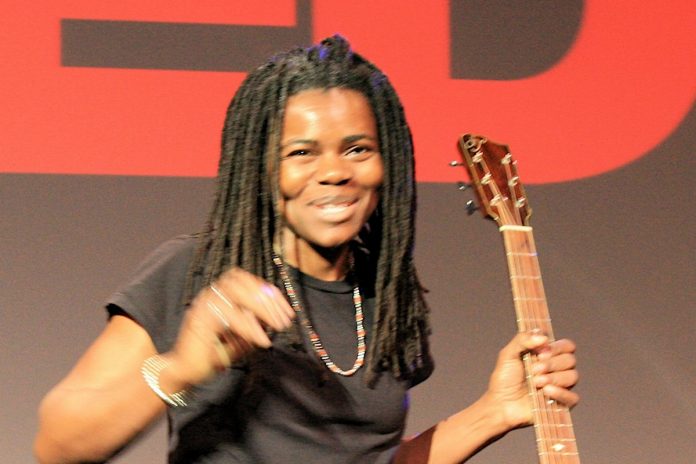 Tracy chapman who is a singer song writer has won the law suit against Nicky Minaj where by Tracey claims that Nicky   took her work without permission.

According to the case files in California district court Chapman has accepted to the terms of Nicky Minaj where she will be given $450,000 from Nicky in return they will not have to go to court for trial.

Tracey initially filled her lawsuit back in October 2018 where she claimed that the song sorry by Nicky and Nas used both the lyrics and vocal melody from one of her songs ‘baby can I hold you’ which was released back in 1998.

Nicky’s lawyers sent a formal request in July 2018  to Tracey to use the song but instead Nicky rerecorded Tracey’s melody and lyrics of the song rather than sampling the existing recording of Tracey.

Nicky’s team were already confident that Tracey would okay the agreement even before the formal request was sent sometime before the end of June.

A music clearance company DMG sent Tracey’s team a note telling her that  an ‘ A list artist’ wanted to use ‘baby can I hold you’ and asking whether Tracey remained on an unofficial ‘do not sample or interpolate list ‘.

In a tweet that was deleted in 2018 Nicky wrote that she had no clue Tracey’s song was used  and she went on to ask her fans do I keep my date and loose the record or do I lose the record and keep my date ? I’m torn y’all help. She then went to tweet and ask Tracey for clearance.

Sorry was not among the songs released in the album Queen but it was later release a month later on after she was given a formal request but still the song leaked.