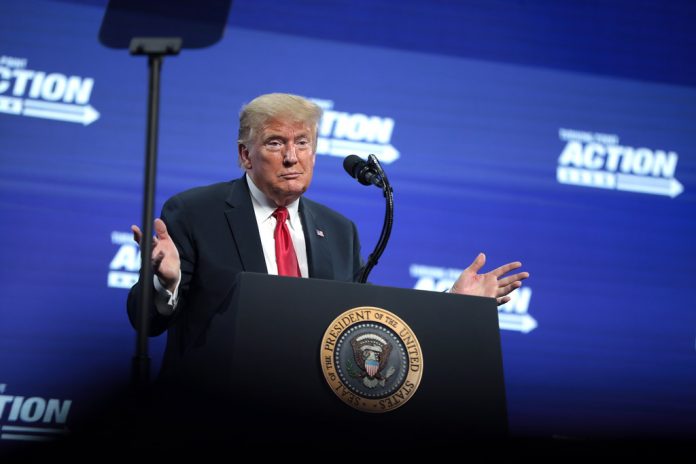 United States President Trump has said the US will not close down despite the rising cases of the coronavirus, as he once again pushed the country to fully reopen on Tuesday – By CNN

“We’re at 130,” Trump said at an event on reopening schools, referring to the more than 130,000 Americans who have now died from the virus. “I think we could have been 2 and a half or 3 million people,” he said.

Trump was responding to an event attendee who was advocating for what sounded like a modified herd immunity. She talked about protecting “the vulnerable,” while pushing “interaction that helps to get that immunity” for others.

“Now we’re open,” Trump said. “The vulnerable, we understand who has the biggest problem with it, and we watch that group and that age group, and also people who aren’t feeling so well.”

He said the US has “really done it right” and now is the time to stay open, adding, “we will put out the fires as they come up but we have to open our schools.”“We’re not closing,” Trump said. “We’ll never close.”

He went on to admit that some places will “have difficulty and they’ll do what they have to do.”

“That will be largely up to the governors,” he said, emphasizing the word largely, “but it’s also, they’re in very strong consultation with us.”

Trump earlier in the event said he was going to put pressure on governors to reopen their schools.