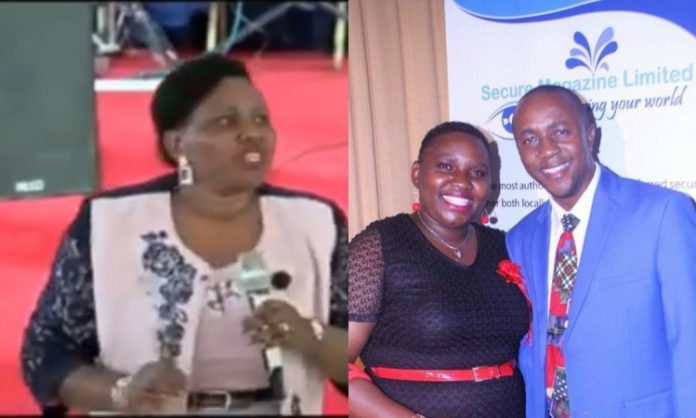 BY FAITH MUTETE – Kenya is the only place in the world were everything and anything serious can be turned into something funny and one Nairobi pastor has become an online sensation by her remarks about sex.

Pastor Susan Munene of the Overcomers Hope Ministries Church located at Kasarani,was captured on video telling couples during a seminar, the importance of sex in marriage and why they should have ‘twa twa’ all the time.

According to her the reason her marriage is one to admire is because of how frequent and spontaneous their sex life is.

She says, sex is the only ‘game’ created by God, and for that reason it should be done anytime, anywhere.

She further reveals that the reason that makes her marriage to the pastor flourish is having sex whenever the craving strikes, be it in a car or in the kitchen.

Her husband Pastor Joseph Munene,  has stood by his wife Pastor applauding her for allowing God to use her in her generation to heal marriages.

“Thank you, my dear wife, for allowing God to use you in your generation to heal marriages. You have my blessing and support I love you,” Pastor Munene posted on his Facebook page.

Kenyans on Twitter could not help themselves from breaking out in laughter, especially from her gestures and the use of the word ‘Twa twa’ to describe the act of sex.