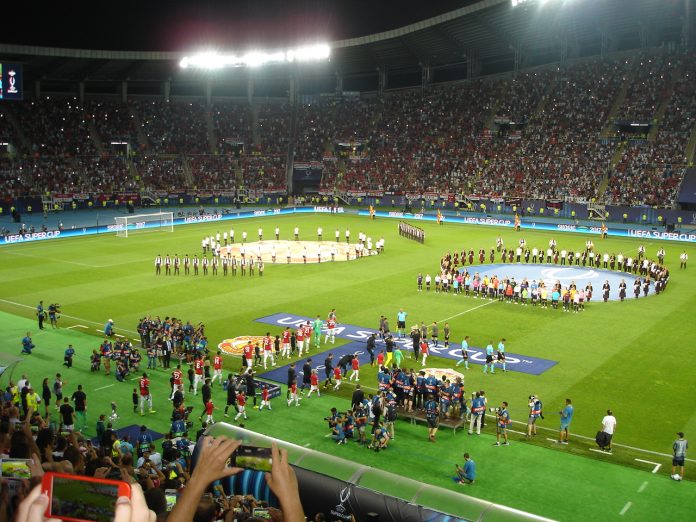 UEFA has proposed using September’s Super Cup match in Budapest as a trial for allowing fans back into stadiums in reduced numbers, European soccer’s governing body said on Wednesday – By Uzalendo news

Champions League and Europa League games are currently being held in neutral locations behind closed doors in a bid to help stem the spread of the novel coronavirus.

UEFA hosted on Wednesday a teleconference with all 55 general secretaries of its member associations to discuss the potential return of supporters to stadiums.

UEFA said it would be too early to allow fans to attend next month’s Nations League internationals but cleared the way for trial games to study the impact of spectators on current medical protocols.

Participants underlined the need for strict hygiene and sanitary measures to be in place to guarantee the health of all those present at a game before allowing fans to return,” UEFA said in a statement.

The Super Cup match, to be played on Sept. 24, is the Champions League winners against the Europa League champions