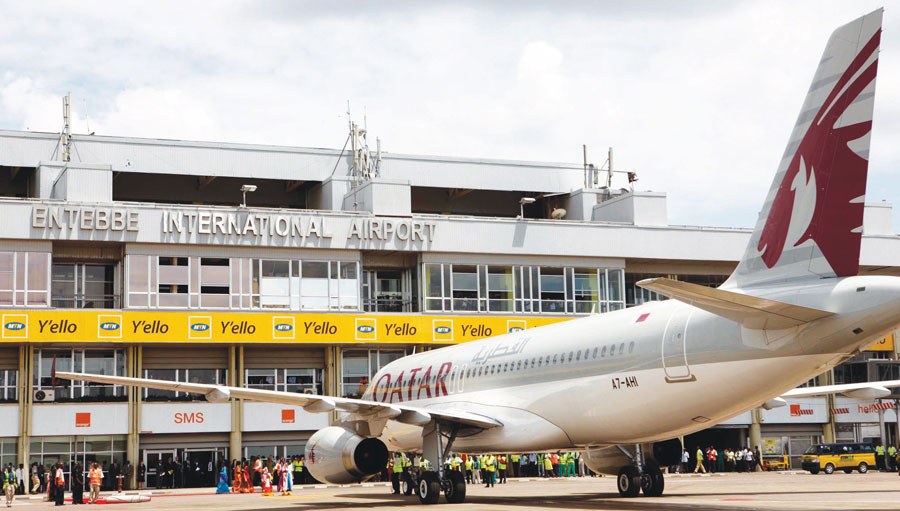 The Ugandan government, represented by the then finance minister and the Civil Aviation Authority, signed an agreement with the Export-Import Bank of China (Exim Bank) on Tuesday, November 17, 2015, to borrow US$207 million at a 2% interest rate upon distribution.

The loan had a 20-year maturity duration, plus a seven-year grace period.

It has now been revealed that the agreement reached with the Chinese financiers effectively implies Uganda has “surrendered” its only international airport.

Some stipulations in the Financing Agreement with China, according to the Uganda Civil Aviation Authority (UCAA), expose Entebbe International Airport and other Ugandan assets to being attached and taken over by Chinese lenders in the following arbitration in Beijing.

The Ugandan government sacrificed international immunity in the arrangement it signed to secure the funds, according to the Daily Monitor of November 25, 2021, exposing Entebbe International Airport to takeover without international protection.

Uganda sent a delegation to Beijing in March, desperate to renegotiate the deal’s hazardous conditions, but the officials returned empty-handed since China refused to change the terms of the original agreement.

The airport’s construction has progressed to 75.2 per cent, with two runways reaching 100 per cent completion.

However, there are legitimate concerns that the airport will be lost as Kampala struggles to meet its rigorous debt payback schedule.

Its seizure by China would severely damage Museveni’s legacy and put him at risk of losing the election to his younger and more avowed foe Bobi Wine.