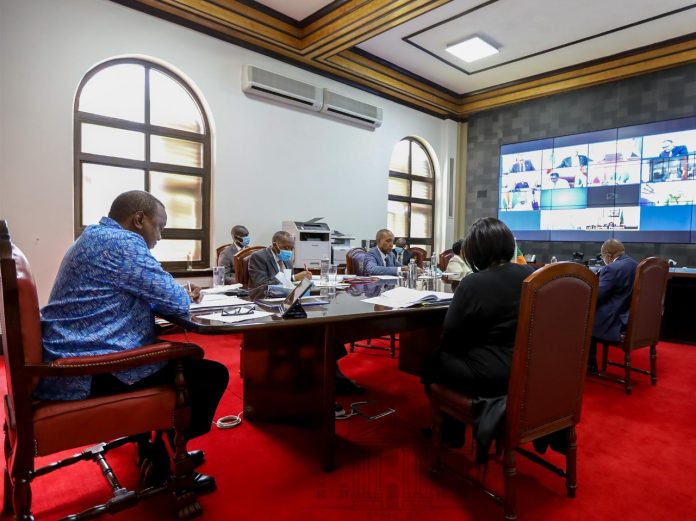 Countries that form the Organization of the African, Carribean and Pacific States (OACPS) have identified the growing debt burden and existing economic sanctions among its members as challenges that are aggravating the negative effects of the Covid-19 pandemic.- By PSCU

Speaking today during a virtual summit of Heads of State and Government that was convened by President Uhuru Kenyatta in his capacity as the organization’s President-in-Office, the leaders welcomed the various debt relief measures being rolled out by global lenders but called for more interventions including debt cancelation.

In his opening remarks, President Kenyatta observed that the debt of many OACP countries continues to rise saying close to half of low income and least developed countries have hit debt crisis levels.

“Forty four (44) percent of low income and least developed countries (LDCs) are in debt distress or assessed as being at high risk of external debt distress,” President Kenyatta noted.

Mrs Erna Solberg, the Prime Minister of Norway said his country supports the debt moratorium issued by multilateral lenders and assured OACP nations that her country will “remain a close partner throughout the crisis”.

Alongside debt relief and lifting of economic sanctions against Sudan and Zimbabwe, the OACPS leaders called for global solidarity in the fight against Covid-19 and voiced their support for Dr. Tedros and the World Health Organization.