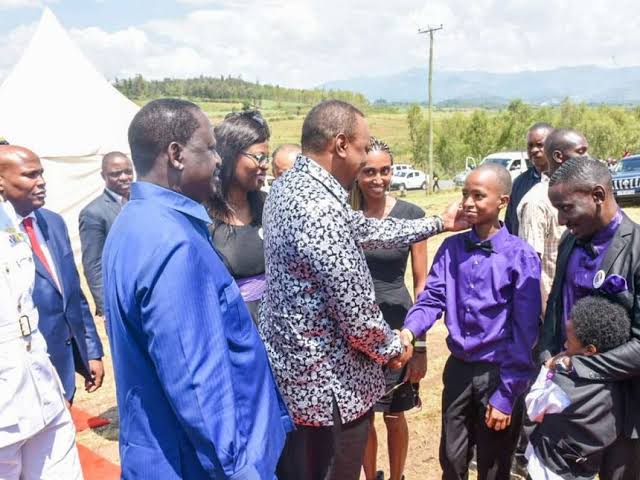 President Uhuru Kenyatta has visited Kisumu County to inspect the newly refurbished Kisumu port as well as other ongoing development projects in the region. – By KBC

The refurbishment cost the Tax payer Ksh. 3 billion, with MV Uhuru said to have resumed operations.

The head of state arrived in Kisumu in three military choppers at around 1pm this afternoon accompanied by a host of other Government officials.

The President is also accompanied by ODM party Leader Raila Odinga who enjoys unparalleled political support in the region.

The port is already operational albeit on small scale with the MV Uhuru ferrying over 17million litres of diesel to Uganda in recent times.

The Government is also working on the refurbishment of the two meter-gauge railway from Nakuru to Kisumu soon as the region warms up to the opening of the port.

The revamping of the railway line will see passenger trains commence activities on the once busy line.