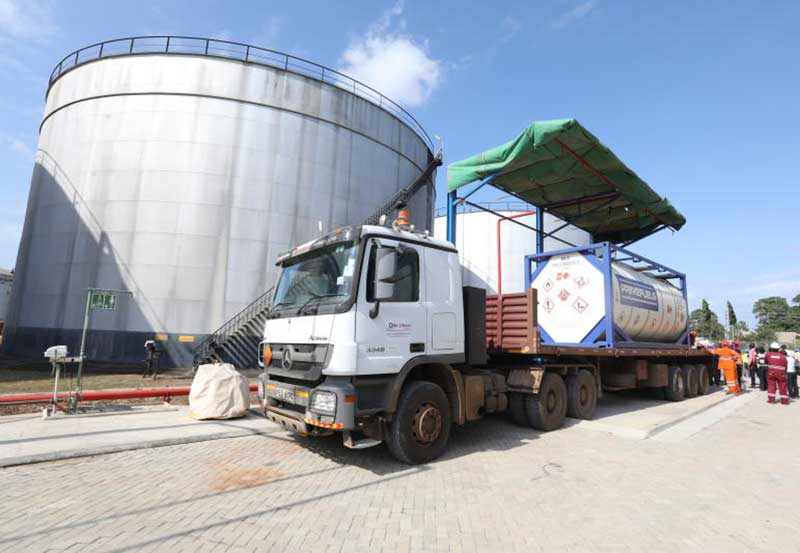 DID Kenya Pipeline Corporation connive with unscrupulous oil traders to steal petroleum products belonging to established fuel marketers?
This is the puzzle that led oil marketers in Kenya to hire a petroleum product to prove how their 22 million litres with Sh.2.2billion evaporated at the KPC tanks near Lunga Lunga road.
But this was not before KPC accused the marketers of stealing their own products and participating in a scheme to have the Sh.2.2 billion loaded to consumers in a bid to avoid censure. Allegedly.
KPC management did not respond to an email enquiry send out by Uzalendo News on Monday 18th February 2019.

We have however authoritatively established that Channoil Consulting , the UK firm investigating the matter was closing in on the culprits at KPC who stole the fuel.
The move to pass on the theft liability to Kenyan motorists was detected as the cartels tried to cook books and pass on the loss to fuel consumers in a move that further details the rot at Kenya Pipeline.
Consequently, Channoil Consulting, a UK based oil and gas firm has been picked to investigate the loss through a forensic Stock audit sanctioned by the Supplycor group whose membership includes all major oil marketers. The lost fuel belonged to all the major dealers but was stolen at KPC.

The UK oil experts are already in Kenya and have made major strides in the investigation. They are investigating how the fuel belonging to the oil companies was siphoned off at KPC tanks.
“The TOR is to interrogate stock records, loses weaknesses and culpability at the interface between KPC and oil marketters”, a senior employee of one of the companies confided.
Channoil will also look at the SAP computer system suspected to have been periodically manipulated to steal fuel products and other fraudulent activities at KPC, ; it’s metering and gauging systems with a view to establishing how the 22 million litres were lost

The UK firm has been given two months to complete the task. It is anticipated the matter may end up at the desk of the DCI George Kinoti who has pitched at KPC for the last four months.
Investigations by Uzalendo has established that a top official at Energy Regulatory Commision was suspended after he refused to distribute the Sh 2.2billion loss to consumers through prize fixing.
Initially, KPC attempted to pass the loss to oil marketers but they declined. This has raised that fuel theft at KPC has always been passed to the consumers over the years

Uzalendo has established the new KPC board is determined to clean all the corruption pipes at the corporation.