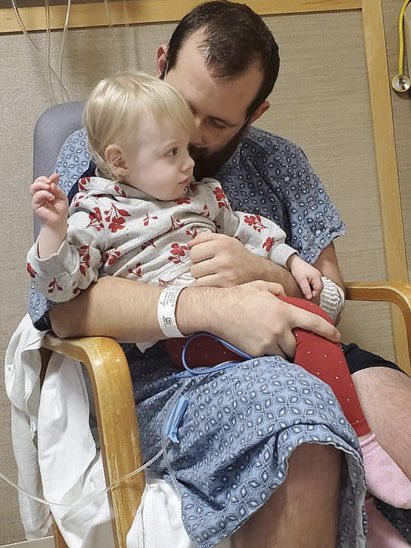 A Boston hospital is under fire after removing an unvaccinated 31-year-old father-of-two from the donor list for a heart transplant because he ‘does not believe’ in the COVID vaccine.

DJ Ferguson was rejected a life-saving organ transplant by Boston Brigham and Women’s Hospital, a teaching hospital of Harvard Medical School, due to a hereditary heart ailment that causes his lungs and heart to fill with blood and fluid.

Ferguson was taken off the donor list because all transplant patients must have the vaccine in order to ‘provide both the best possibility for a successful operation and the patient’s survival after transplantation,’ according to the hospital.

Ferguson’s father, David, meanwhile, claims that getting vaccinated goes against his son’s “fundamental convictions” and that he “doesn’t believe in it.”

‘I think my child is fighting with a lot of bravery, and he has integrity and values that he truly believes in, which makes me respect him even more… It’s his body we’re talking about. It’s his decision.’

Vaccination is required for transplants, according to Dr. Arthur Caplan, the head of Medical Ethics at NYU Grossman School of Medicine, because patients’ immune systems are virtually turned off after obtaining a new organ.

‘The flu, a cold, and COVID all have the potential to kill you. Because organs are few, we won’t provide them to someone who has a low probability of survival while others who have been vaccinated have a better chance of surviving after surgery,’ he stated.

US Citizens went on Twitter to express their anger.