US Navy Facebook Hacked To Stream Age of Empires 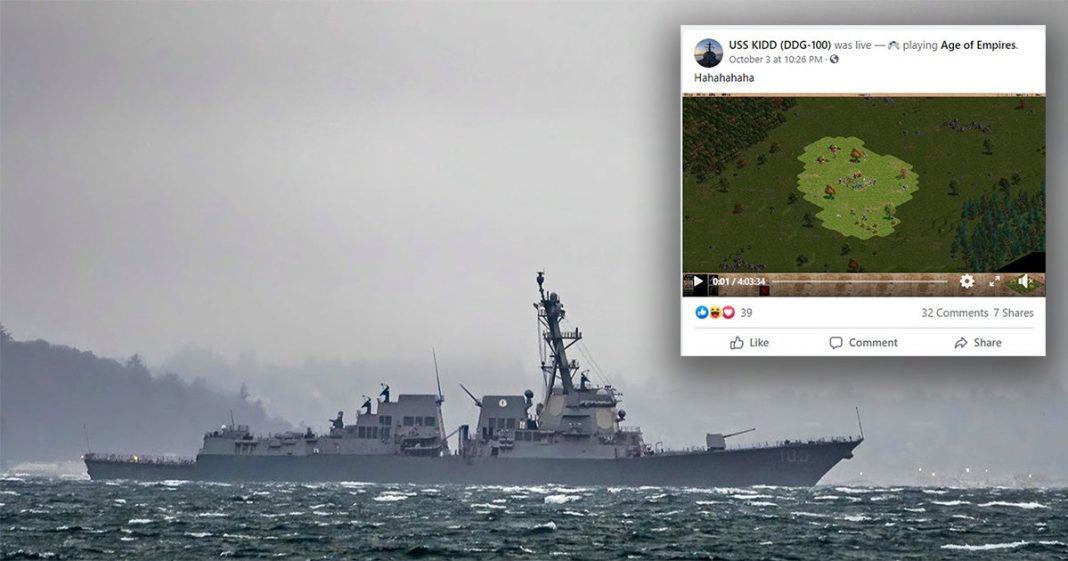 The official Facebook page for the USS Kidd, a destroyer-class warship, has been taken down by the US Navy. Someone has hacked the page and has been streaming Age of Empires for the past two days.

The USS Kidd lost control of its Facebook account around 10:26 p.m. on October 3, according to Task & Purpose.

Under the banner “Hahahahaha,” the destroyer-class battleship then streamed Age of Empires for four hours. Age of Empires has been webcast five more times since then, each time for at least an hour. .

The Navy did not immediately respond to Motherboard’s request for comment, but Navy Spokesperson Cmdr. Nicole Schwegman told Task & Purpose that it had been hacked.

“The official Facebook page for USS Kidd (DDG 100) was hacked. We are currently working with Facebook technical support to resolve the issue.”

As of this writing, the six videos are still up and watchable.

Each of the six videos was posted with a fun little phrase like “hi guys,” “play game,” and “fffffffffffff.”