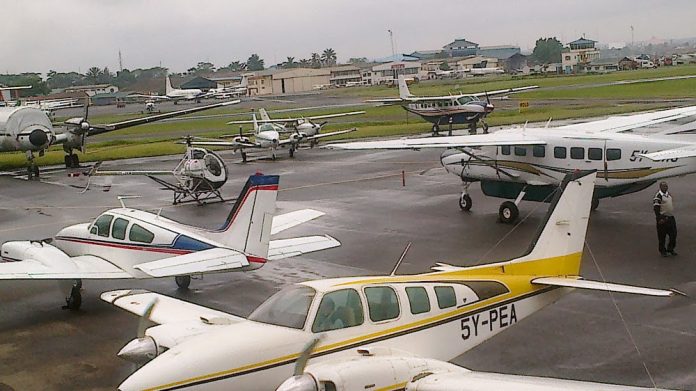 The Kenya Airports Authority (KAA) has declared intention to auction or raise parking fees for over 101 aircraft abandoned at various airports across the country. KAA says the airplanes are a safety risk – By Gerald Gekara and agencies.

The authority lamented over millions of shillings in accumulated parking and landing fees arrears, setting the stage for Kenya’s biggest auction of aircraft.

According to The Kenya Civil Aviation Authority (KCAA), 87 new aircraft were registered last year, pushing the number of planes in the country to 1,548, excluding those owned by the National Police Service and the Kenya Defence Forces.

748 Air Services, a commercial carrier, has abandoned eight aircraft at Lokichoggio Airport, including smaller models such as the HS748 and medium-sized turboprop planes.

Aero Club of East Africa – a lobby group of private aircraft owners – attributed the growth in the number of registered planes to Nairobi’s rising status as the region’s business hub and a growing number of wealthy individuals with the means to own and maintain an aircraft.