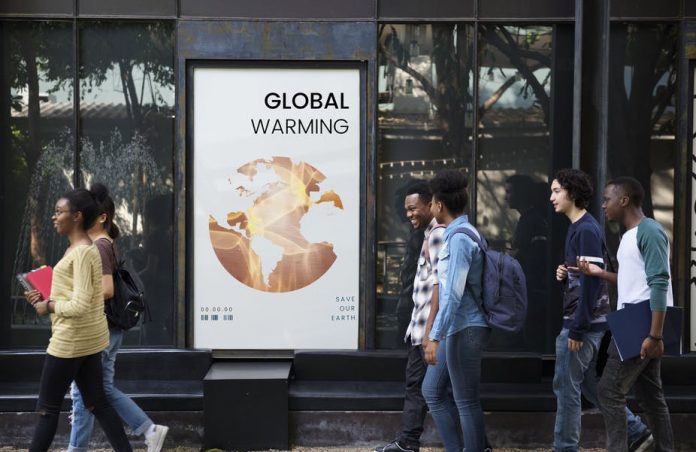 Over 80% of Kenya’s land is made up of arid and semi-arid areas that are prone to frequent droughts and periodic floods. These events are on the rise while about 70% of all disasters in Kenya are now related to changing weather patterns.

An increasing body of research links these changing weather patterns to climate change. For instance, a general warming and increase in seasonal average temperatures in many parts of Kenya has led to a significant decline in rainfall since the mid-1970s.

To address the risks associated with climate change, it’s important that Kenyans understand it. They must be equipped with enough information to make the right decisions. These might include reducing carbon emissions, or by preparing for future shocks – like drought.

I wanted to understand what university students know about climate change in Kenya and where the gaps in their knowledge might be. I surveyed 108 undergraduate students in their final year from two Kenyan universities.

I found that there’s a gap in basic knowledge on climate change. Two main factors led to this. The first was a negative attitude towards agriculture, which was seen as the main sector affected by climate change. The second was a bias in the integration of climate science content in Kenya’s education system.

These gaps must be addressed to ensure that young Kenyans are aware of the challenges of climate change and are better informed to find solutions.

The survey focused on the students’ knowledge about climate change and what they knew about global and national strategies to address it and the actors involved. I also asked them when they thought climate change should be introduced into education.

Most of the students (96.3%) were familiar with current changes in weather patterns. This included knowing about less rain or delayed rains, warmer nights and more severe droughts and floods.

But their general knowledge on more technical areas, like global warming and carbon sequestration, was weak. They also weren’t aware of the various actors involved in climate change adaptation or the strategies used.

By the time students in other countries, like Ireland, leave primary school they would’ve been taught the basic science behind climate change, what it is and its effects.

In secondary schools, learners should have a deeper understanding of global warming and climate change and how it can be dealt with.

Students at the university level are required to develop innovations that provide solutions to the problem of climate change.

Over 60% of those I surveyed had no knowledge of any global actors, including the Conference Of Parties, Intergovernmental Panel on Climate Change, United Nations Framework Convention on Climate Change and the Kyoto Protocol. When it comes to knowing about what’s important for Kenya, most of the students (60.5%) had no knowledge about actors such as Drought Monitoring Centre or even the national climate change policies such as National Climate Change Response Strategy.

Knowledge of both global and national actors and policies on climate change would provide students with a better understanding of what’s being done and how they can participate.

But all students did know about strategies to mitigate climate like tree planting, although most didn’t understand what role the trees played.

The reason for this poor understanding can be put down to the content in Kenyan schools’ curricula. For instance, climate change issues are directly or indirectly addressed in 0.53% of the total secondary school curriculum.

We found that climate change was concentrated in the earlier years and in very few subject areas. In primary schools, climate content was taught under “weather” and “climate” in science and social studies at very basic levels.

In secondary schools and universities, the climate change content was taught in subjects that were not only optional but also in selected topics. For instance, weather and climate under “Geography”, ecology under “Biology” and in crop production under “Agriculture”. Climate change content was also uncommon in universities’ curricula except in Geography, Agriculture and Environment related subjects.

What’s worrying is that students didn’t seem interested in learning about climate change. They attributed its relevance to farming activities. Only 14.9% thought it should be included in all levels of education (primary to universities).

There are some counter arguments that acquiring knowledge about climate change does not necessarily mean concern toward it. But evidence points out that students equipped with such knowledge show concern about the environment and climate change. Research suggests that good climate change teaching should be part of the science curriculum and also be multidisciplinary.

And a good climate change curriculum should be learner-centred with specific learning outcomes for each level of schooling.

The study recommends that there be a deliberate integration of climate-related content into curricula at all levels of education. The curricula should ensure that by the end of the formal education, every learner has enough understating of the Earth’s climate, factors that influence climate change, its effects, and approaches to adaptation or mitigation.

In addition, teachers working with these issues need to be trained to gain the required knowledge about climate change.