..
Home National Why is CS Amina on a free fall in the Cabinet? 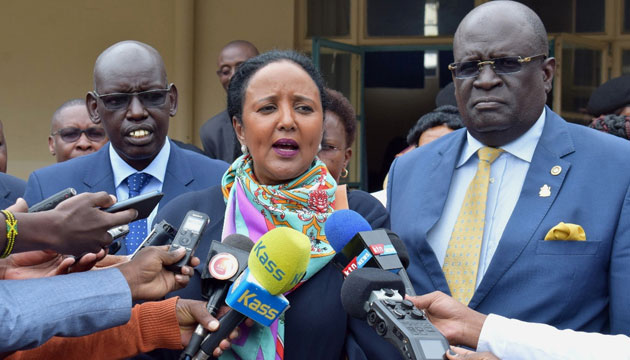 Is Amina Mohammed on her way out of the cabinet after an apparent demolition to the Ministry of Youth and Sports?
This is what pundits are saying after the Executive Order sending her to the less glamorous Ministry went viral.

Amina has been on a free fall. Her docket troubles started when she was removed from the Public affairs docket to the troublesome Ministry of Education. Her goofs and suspect judgement began to hound her almost immediately. From the blues, she announced the suspension of the new curriculum to the chagrin of Education stakeholders. Then she needlessly involved in a spat with teachers over issues that could be easily mitigated.
During last year’s examination, the President himself had to step in to ensure cheating was defeated. Her exit was just but a matter of time.