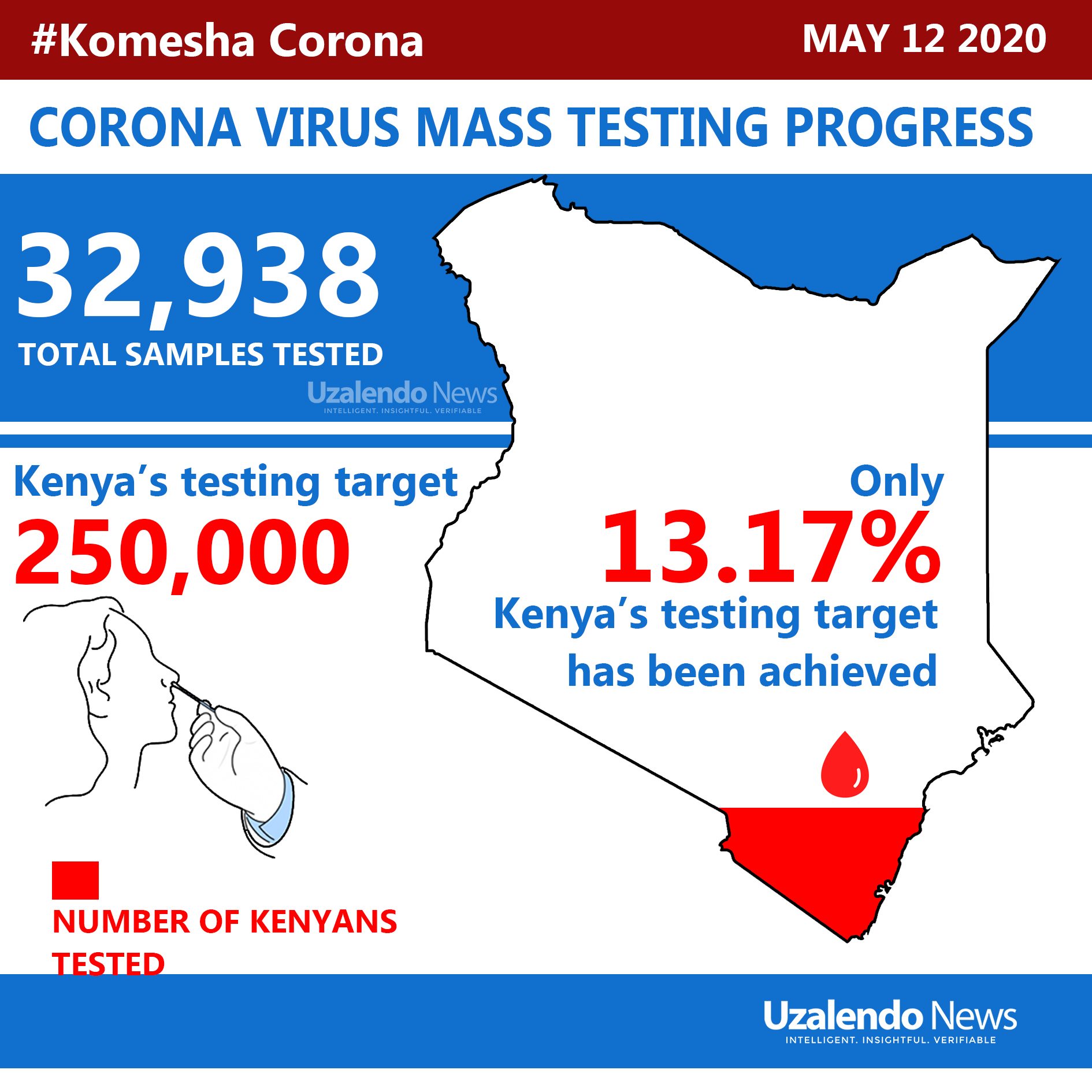 WHO proposes that all countries should adequately prepare for testing as well as responding as per public health scenarios.

“All countries should increase their level of preparedness, alert, and response to identify, manage and care for new cases of Covid-19; laboratory testing is integral part of this strategy.” Says WHO.

“Each country should assess its risk and rapidly implement the necessary measures at the appropriate scale and prepare for a testing and clinical care surge to reduce both Covid-19 transmission and economic, public health, and social impact.” WHO recommends.

Countries that have been applauded for controlling the disease have had one thing in common; Mass Testing. For instance, South Korea and Vietnam are some the countries who took up the challenge to conduct mass testing by ensuring proper supply of Testing kits, Personal Protective Equipment (PPE) and masks during early days of the outbreak among other measures.

Here in Kenya, the ministry of health has done a total of 32,938 Covid-19 tests, two months since the first case was reported. Approximately the highest number of tests the ministry has ever conducted is slightly above 1000 despite always insisting it has capacity to test 4,000 people per day.

Kenya has a population of over 50million people which means only 0.065% of the population has been tested. This significantly concludes that the positive cases so far tested, might not be the true representation of the cases we have.

However, the Ministry has attributed the failure to carry out the expected number of tests to lack of testing kits and reagents, as well as lack of public will. It has also emphasized on prioritizing testing in some areas to ensure that the country does not run out of testing kits when they are highly required.

This might also explain why the ministry has only held mass testing in Eastleigh, Kawangware in Nairobi and Old town area of Mombasa. For instance, Mombasa county, currently marked as a hotspot area, has only tested 50 people.

Perhaps the government should now come up with a strategy to carry out these tests in such high-risk areas and; consider mandatory testing in such areas as a standard procedure to control the spread of the pandemic.

Yesterday, Ministry of Health, Director General, Patrick Amoth announced that anybody admitted in the hospital will be forced undergo the Covid-19 test as a standard procedure to protect health care workers and other patients in the hospital whose immunity status could be compromised.

Asymptomatic people spreading the disease to other people should by now be of a great concern to the health ministry. The patient identified in Dandora was asymptomatic and passed the disease to 7 people who may have passed it on to several others.

Therefore, if mass testing is not going to be taken seriously, coronavirus is here to stay and its going to be worse than we think, even as we continue washing hands, sanitizing and keeping social distance.