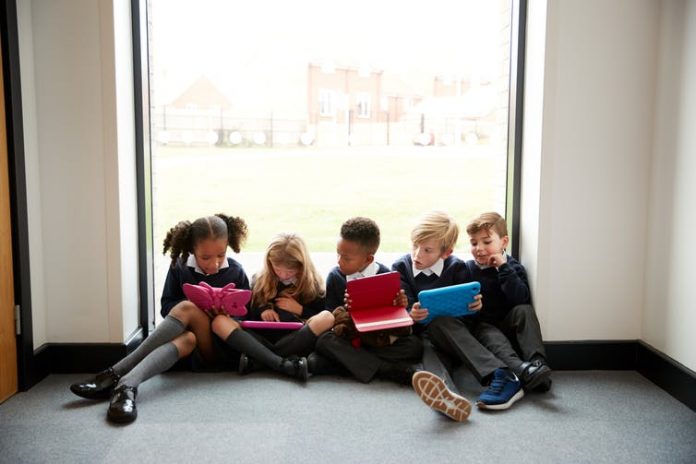 There is increasing concern about the amount of time children and adolescents are spending in recreational screen time. There’s also increasing controversy over whether or not screen time is actually harmful.

Since 2016, we (researchers who’ve contributed to the development of the 24-hour movement guidelines for children and adolescents) have led a number of wide-ranging reviews of the scientific evidence on the impact of screen time from infancy to early adulthood. We examined whether or not the amount of recreational (spare time, non-educational) digital screen use influences health. These included risks such as obesity, reduced sleep, low physical fitness, anxiety and depression. We also looked at the impact of recreational screen time on social and emotional as well as cognitive and language development, well-being and educational attainment.

These reviews demonstrated that high levels of screen time, now typical among children, are associated with potential harm. And they showed clearly that less recreational screen time is better for avoiding obesity, and for promoting sleep, physical fitness, and cognitive, social and emotional development.

Over the past three years the evidence reviews generated authoritative guidelines nationally in Australia, Canada, South Africa, the UK and internationally.

We were all involved in the development of global guidelines for zero to four year-olds for the World Health Organisation (WHO). These guidelines all recommended that recreational screen time should be limited in infancy, childhood and adolescence.

Guidelines from Canada, Australia, and South Africa recommend that recreational screen time should be avoided in the under two’s, limited to one hour per day in two to four year-olds, and to two hours per day in five to 17 year-olds.

Based on our collective experience in developing these guidelines it’s clear that these limits on recreational screen time are needed for a number of reasons.

First, the evidence suggests strongly that limits are required. The recommendations to limit screen time were based on a rigorous, widely-accepted, and evidence-based approach. This included systematic reviews, critical appraisals of the evidence, national and international consultation and review, and transparent reporting.

Second, less recreational screen time is clearly better. There is evidence in support of the specific time limits recommended and our wide consultation with stakeholder individuals and organisations – including parents and families – suggests that they find time limits helpful.

Third, our recommendations that recreational screen time should be limited are consistent with other recent and thorough reviews of the evidence conducted by authoritative bodies such as the WHO and the World Cancer Research Fund. These reviews highlighted the important role of recreational screen time in the development of obesity, many cancers and myopia.

Our specific recommendations are also consistent with those made by the American Academy of Pediatrics and the Canadian Paediatric Society.

Taking a laissez-faire approach to screen time would be to ignore the wider context. This is that modern childhoods are characterised by low physical activity, excessive sitting and time indoors. Children and adolescents also suffer from poor motor skills, high levels of myopia, increased risk of type 2 diabetes and hypertension.

And as new forms of screen time emerge, a precautionary approach is required – some limits on recreational screen time would be prudent until it is clear that there are negligible harms.

Some argue that the “genie is out of the bottle” in relation to screen time. But this is defeatist. The same arguments could have been made in relation to control of tobacco and alcohol and sugar. But it is now accepted that unlimited exposure to these substances isn’t compatible with public health. And constraints are accepted as essential.

In addition, in many parts of the world the genie may not yet be out of the bottle. In many low- and middle-income countries exposure to recreational screen time may still be relatively low among children.

There is also scope to prevent excessive screen time in babies and young children, acting before adverse, or at least sub-optimal, lifestyle habits become established later in childhood or adolescence.

Screen time harms can be indirect as well as direct – recreational screen time increases with age and as it does it displaces more beneficial forms of sedentary behaviours such as reading. Screen time also displaces physically active play, and sleep.

Recreational screen time may seem to be an inevitable part of modern life. But even from infancy and early childhood, we should all be concerned about the potential for harms – at least until new, robust evidence demonstrates no harm. The most prudent approach would be cautious, attempting to follow recent evidence-based guidance that recreational screen time should be restricted.

Court To Hear Case of a Woman Buried ‘Secretly’ by KNH