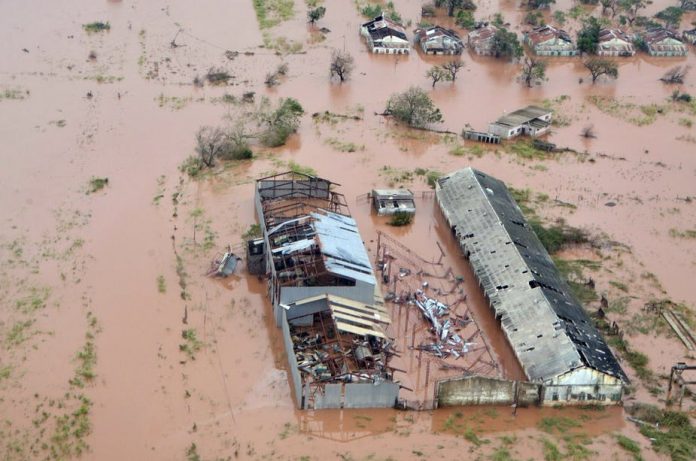 Jennifer Fitchett, University of the Witwatersrand

The third major cyclone to emerge out of the Indian Ocean came a few weeks after Kenneth, when cyclone Fani, a tropical cyclone on the border of Category 5 intensity wind speeds, hit the east coast of India. Category 5 tropical cyclones were only first recorded in the North Indian Ocean from 1989 so, again, this storm is unusually severe in the context of the longer historical records.

These high intensity storms have been tied to the very warm sea surface temperatures in the Indian Ocean. Temperatures of 30°C are occurring more often and over longer periods of time. This is a result of gradual warming on a global scale, which has resulted in a net increase in ocean temperatures.

High intensity storms have been a frequent feature along the coast of the US throughout recorded history. Their increased frequency in the Indian Ocean should be raising alarm bells because countries like the US are much better equipped to help people prepare ahead of time, and to handle the fallout.

Tropical cyclone intensity is classified according to the Saffir Simpson scale. Categories are measured on the basis of the sustained wind speed and the storm’s central pressure. Each category is accompanied by estimates of the likely severity of damage and possible storm surge height.

Tropical cyclones form and intensify due to a combination of seven primary climatological conditions. Among other things, these include warm sea surface temperatures, high humidity levels and atmospheric instability.

For a storm to intensify, these conditions have to be maximised while the storm remains over the ocean.

The South Indian Ocean is warming rapidly. This means that regions that previously experienced the temperatures of 26.5°C that facilitated tropical cyclone formation are now experiencing temperatures as warm as 30-32°C.

Simultaneously, regions further from the equator which didn’t previously have sufficiently warm water for tropical cyclone formation, with sea surface temperatures of 24-26°C are more regularly experiencing the threshold temperature. This increases the range in which these storms occur, making storms like tropical cyclone Dineo, which made landfall in February 2017 in southern Mozambique, more common.

These very warm sea surface temperatures are not a factor of global scale warming alone. They’re further influenced by a range of global and local forcing mechanisms. These include El Niño Southern Oscillation, the Indian Ocean Dipole and the Southern Annular Mode. For this particular cyclone season, scientists are seeing the strongest impact from the [Madden-Julian Oscillation].

This is a band of moisture in the tropical regions which moves eastward over a 30 to 90 day period. The strong Madden-Julian Oscillation is also affecting tropical cyclones in Australia.

Ranking storms on the basis of their Saffir Simpson classification is not always the most valuable measure. That’s because it can’t take the characteristics of the location of landfall into consideration.

This results in two key shortcomings. First, it doesn’t take the flooding potential into account. This is difficult to identify for a particular storm, because it’s not only a function of how much rain is experienced and over what period – or even the height of storm surge – but also the nature of the region of landfall.

Lower-lying, relatively flat areas are more prone to flooding than higher elevation regions or those with rugged topography. This is part of the reason that Idai caused such severe flooding. Some regions will have better suited storm water infrastructure. And when flooding does occur, some regions are better able to warn and evacuate people to prevent or minimise the loss of life.

This also means more people who would need to be evacuated in a short period, and more people who need shelter until the storm’s immediate effects have subsided. This is why Idai and Eline resulted in far greater losses and fatalities than the stronger intensity Kenneth, and why the total damage from Fani is projected to be particularly devastating. We need to start measuring storm destructiveness in addition to climatological metrics.