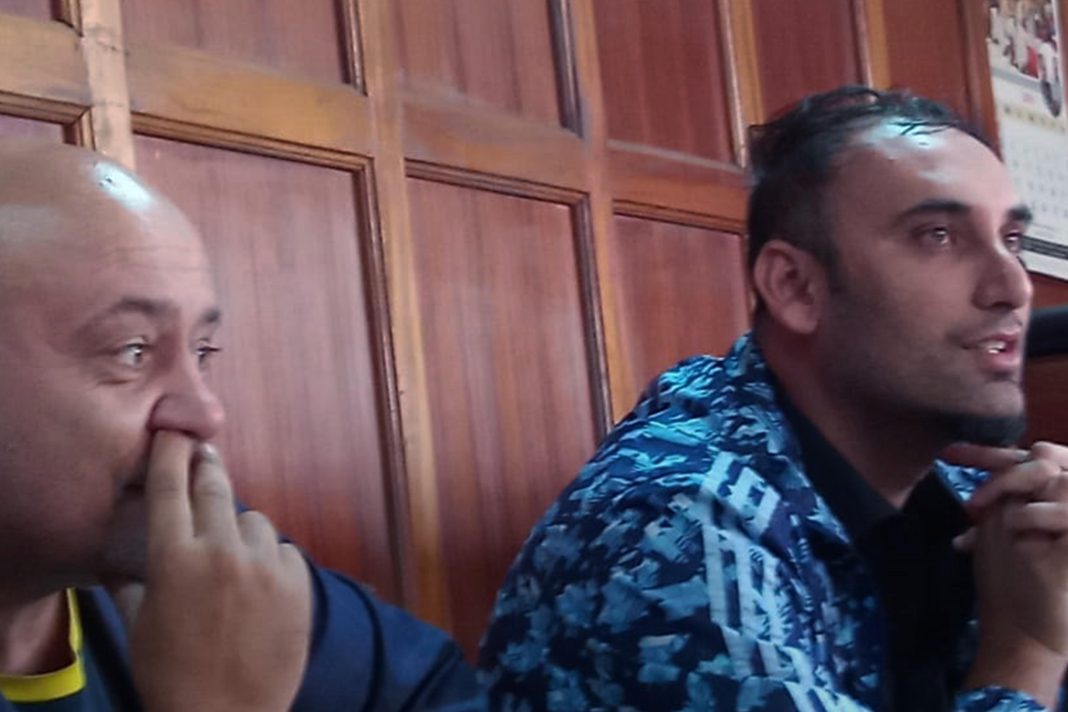 BY PRUDENCE WANZA – Two business men arraigned in court over allegations of obtaining money by false pretences.
Mohammed Akbar Rashid and Bulgarian National Yulian Pentrov Stankov were presented before court by DCI officers attached to transnational organized crime unit who are investigating the matter.
The two Were arrested on 9th may at Lavington mall in connection with the offence.
They two were arrested and several exhibits namely; mobile phones and profoma invoices for Africargo Ltd.
The Investigating Officer Sergeant Stanley Musembi told the court that the mobile phones need to be taken to cyber crime unit for forensic  examination and the profoma invoices need to be authenticated by the registra of companies.

Stankov is believed to be a foreigner and has no identification document and his presence in the country is questionable and there is need to contact the immigration department to verify the same.
“It is with this reason why I swear this affidavit requesting this court to order the detention of the respondents for a period of five days so that investigations may be completed, “states the investigator.
The court ordered that the Bulgarian be detained for a period of three days at Gigiri Police station while the Indian was released on a Sh. 50,000 cash bail and ordered to be reporting to the Investigating Officer every day.
The matter will be mentioned next week on Tuesday for further directions.

Bomb Threat Turns Out To Be A Fence Post

Ukrainian president says up to 3,000 troops killed so far