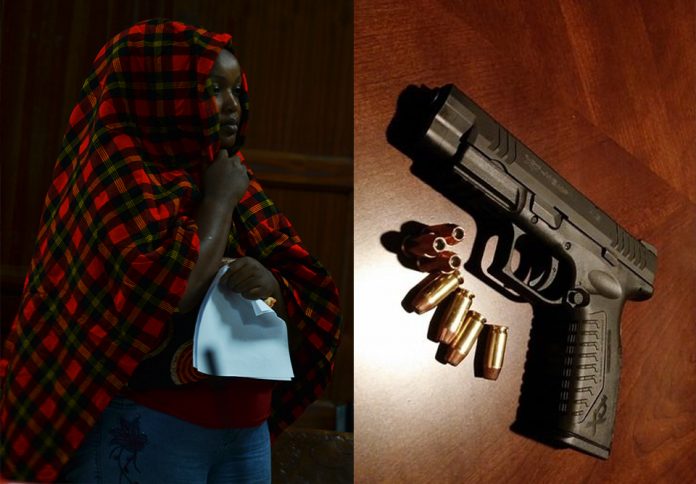 BY PRUDENCE WANZA – A woman has been charged of robbery with violence at the Milimani Law Courts.
On 28th June, 2017 the accused Susan Wangare Njoroge armed with a pistol, stole a motor vehicle make Toyota harrier with registration no. KCK 912R along Riara road,  from Mr. Cyrus Kiogi Mwaura. She also stole a mobile phone of make Sony Xperia.All of this amounts to Ksh.  2,830,000 worth of stolen property.
Later on 15th February,she was later intercepted with the vehicle at Eastleigh area in Nairobi county which she had retained as her own vehicle.
Appearing before the chief Magistrate Francis Andayi, the woman pleaded not guilty. The court also advised the need for the accused person to get legal aid from the state as she is facing serious offenses so as to be given assistance in conducting the case.
She will however be released upon payment of a bond of Ksh. 500,000. The case will be mentioned on 8th April and the hearing on 9th May, 2019.

Man arraigned in court after failing to pay 190,000 hotel bill

Woman blames Rogue Police after being found in Possession of Bhang