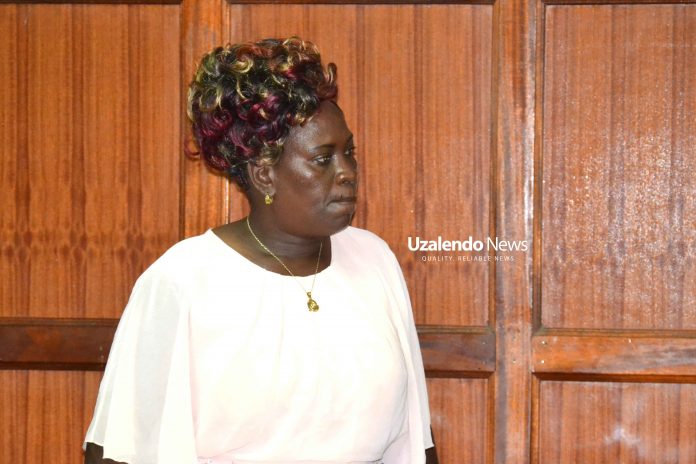 BY PRUDENCE WANZA – A woman has been charged with robbing a businesswoman over a million shillings.

Muthoni is alleged to have committed the offence on 28th February 2019 along Mpaka/Jalaram road junction in Westlands, Nairobi jointly with others not before court.

The accused faced an alternative charge of handling stolen property. The court heard that otherwise than in the cause of stealing, she dishonestly received Sh 424,000 in her Equity bank account which had been dishonestly transferred from a DTB account belonging to Dr. Heena Juzar Hooker who had been robbed, knowing or having reason to believe the cash to be stolen or unlawfully obtained.

Muthoni denied the charges before Chief Magistrate Martha Mutuku and was granted a Sh 300,000 cash bail.The matter will be heard on 12th June.