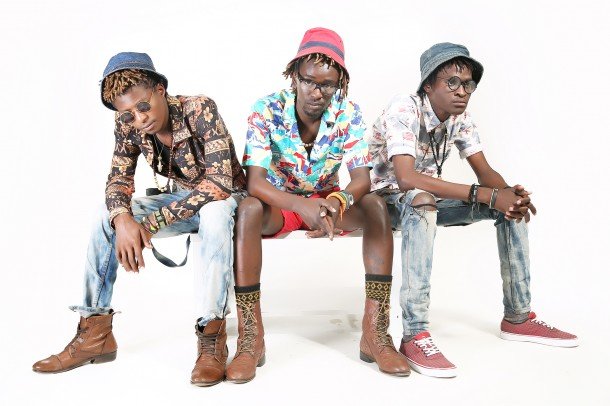 One of the successful boy band in Kenya Hart the Band received a prestigious award from you tube for hitting 100k subscribers on the platform. The award is popularly known as the silver plaque. – By Stephanie Mwangi.

The duo was really grateful and expressed their joy and gratitude to their fans for being with them over the years.

“ Are you bored and down for a short story anyway it doesn’t matter here it goes in 3rd term at Sauti academy they had a YouTube competition . The school opened for you a YouTube page if you didn’t have one they  recorded a video of you performing your favorite  own composition and uploaded it to your channel .

The deal was whoever gets the most views in a month was awarded and the reward was a free audio and video recording for the song and maybe a record deal … sounds easy yes??

Woi… utashangaa sana after the upload the hunger games began , let me tell you maina  even after a WhatsApp broadcast ,sending the video to all your friends and family and everyone you know to view the video and still we didn’t gain more than 300 views . Fast forward to now getting 100k subscribers and more than 15million views on content is not something we take for granted.

They went on to dedicate their award to young talents pushing hard to make a name for themselves.

“This plaque is not for us but for that kid in the ghetto with nothing but a dream believe and never stop working.”