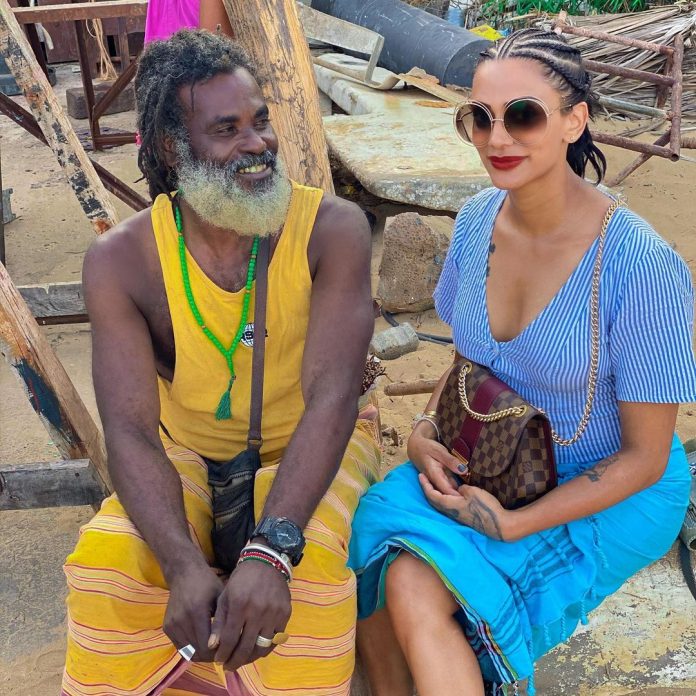 Omar lali was the boyfriend to the late Tecra Mungai and has denied the claims that he is in a relationship with Koko Kamillah following a photo of the two was shared online. – By Stephanie Mwangi

Omar said that the two have known each other for years and people should stop spreading faking news about him.

He went on to say he is currently single and when there will be any changes in his love life he will let people know.

“I have known Koko for many years and she is my friend not my girlfriend so whatever is being said or written poleni sana that time is not ready yet and when that time comes you guys will know.

I am still human, still living so don’t take advantage on people and write stupid things on both paper and social media. Get a life and if you don’t have anything to do with your life come to Lamu so that we go do fishing  .”

The both of them said their photo was taken out of context.