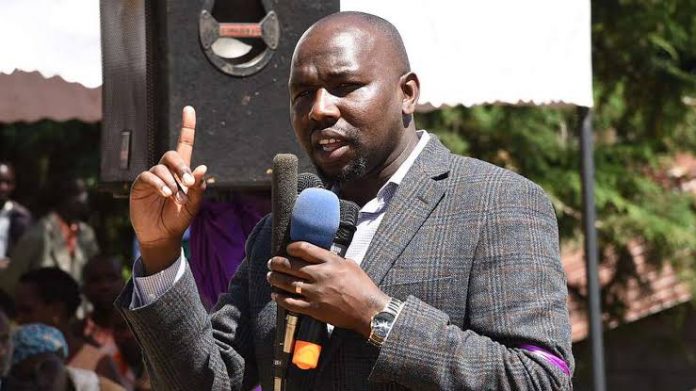 The Bomas of Kenya, which has played host to a variety of key nationa l events in Kenya, took part in the unveiling of the Buiding Bridges Initiative report. Things did not go well for some politicians.

Arguably the most recognized labour movement head took to the podium to congratulate the handshake protagonists Uhuru and Raila, but not without stirring some controversy.

No sooner than Atwoli began to speak about providing positions of two deputy prime ministers and other reforms, Kenyans at the venue began heckling the unionist, till his voice was drowned by Kenyans.

Despite not being scheduled to speak at the venue, Nairobi Governor Mike Sonko was introduced to the podium by his Kakamega counterpart, Wycliffe Oparanya. Sonko welomed the opportunity and aired his views about the BBI report.

Things took a different turn when the governor sort to explain cartels in public offices, hoping the audience would support his request to have land grabbers brought to book. Governor Sonko was forced to cut short his statement.

Man of the moment. The El Geyo Marakwet senator had a rough time at the podium courtesy of his critic nature. The stern lawyer allied to the Deputy President, stood up to condemn the Master of Ceremony, Junet Mohammed, attacking him for locking out comments of those who opposed the Building Bridges Initiative.

“Your excellency, we must have an honest discussion here; Junet even the way you are running the program, it will be a lie for me to leave this stage without saying that this program has been skewed to leave out people with different opinions” – Kipchumba Murkomen

He furiously concluded his speech with a “Kwenda Huko” comment as he angry stomped out of the podium.

Meanwhile, President Uhuru Kenyatta was bursting out in sarcastic laughter.