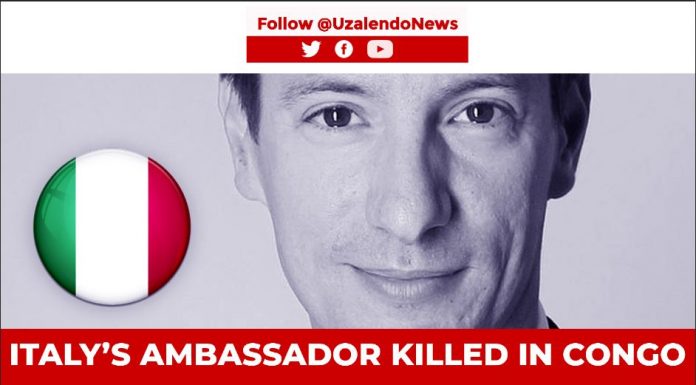 Italian ambassador to the Democratic Republic of Congo Luca Attanasio is dead. – By Gerald Gekara.

According to local media reports, Attanasio was part of a United Nations food convoy in Goma, in the Democratic Republic of Congo, where there was an attempted kidnap by rebels operating in the Virunga National Park.

Responding to the gun fire, wildlife rangers rushed to the scene and chased off the kidnappers.

Attanasio was rushed to the hospital in Goma where he died alongside a police officer.

The matrix of the attack is not yet clear.

Italalian politician Antonio Tajani said he was saying prayers for the victims. He tweeted: “A UN convoy attacked in #Congo.

“Our ambassador Luca Attanasio and a carabiniere died. State men at the service of peace and cooperation in the African country.”

They tweeted: “Three people died following the attack this morning: the Italian ambassador to #RDC, Luca Attanasio, his bodyguard of Italian nationality and a WFP driver of Congolese nationality.”