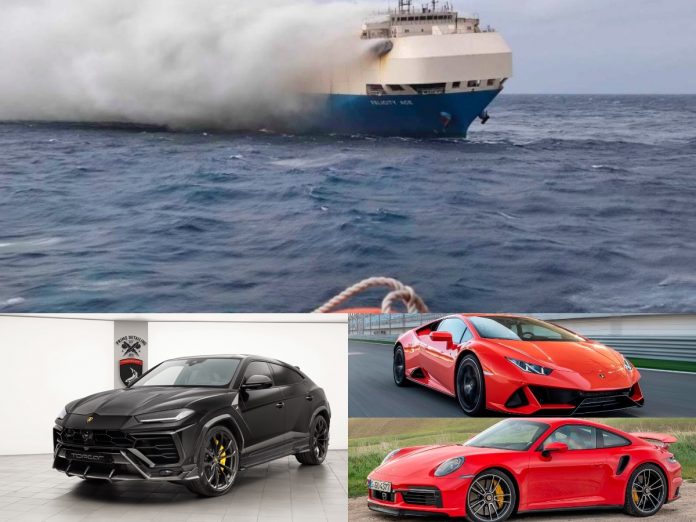 A Cargo ship full of Lamborghinis, porsches and other luxury cars sunk after a fire broke out in the high seas

The cargo ship called ‘Felicity Ace’ carrying around 4,000 luxury cars had set off from Emden, Germany for Davisville in Rhode Island. A massive fire broke out six days after the ship departed from Emden.

Following the event, Angus Fitton, a spokesperson for Porsche Cars in North America, expressed gratitude that all 22 crew members were safe and well.

He also stated that Porsche is doing everything possible to assist clients whose scheduled automobiles perished along with the cargo ship.

He finished by stating that consumers would be supplied new vehicles as quickly as feasible.

Twitter In Disarray As Elon Musk Puts Deal ‘On Hold’

Apple Falls Off As Most Valuable Company