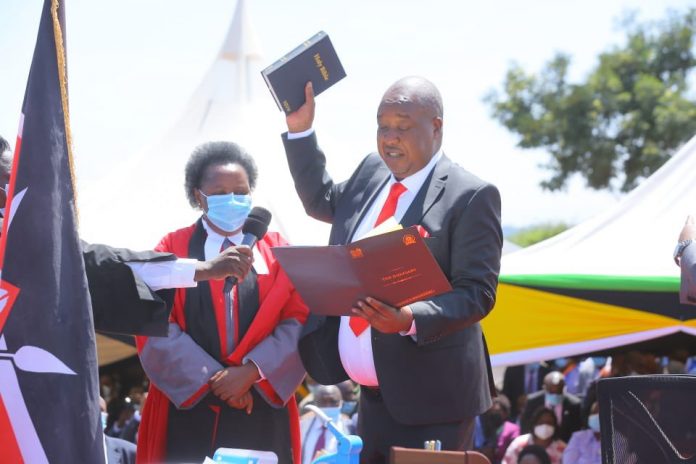 Nyaribo will now serve the remaining term until August 2022 when the general election will be held.

He is the fourth Deputy Governor to ascend to the top seat, after James Nyoro (Kiambu), Mutahi Kahiga (Nyeri), and Dr Hillary Barchok (Bomet).

He takes on the office after the death of late Nyamira Governor John Nyagarama who passed away on Friday, December 18, 2020, at the Nairobi Hospital.

The late governor was laid to rest at his rural home in Tente village, Nyamira county.

Nyagarama was Nyamira county’s first governor, who successfully secured a second term in 2017.