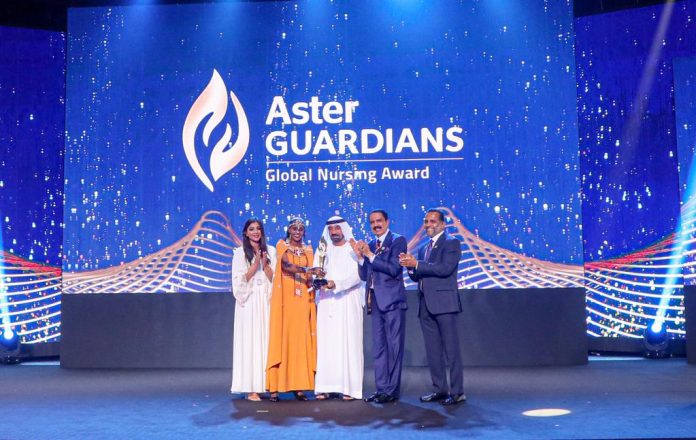 Ms. Qabale, from Marsabit county, won $250,000 after defeating nine other contestants in Dubai.

She was chosen by an outstanding grand jury from among the 10 finalists chosen from a pool of 24,000 nomination nurses globally.

At the event, the other nine finalists were also awarded monetary prizes.

Ms. Qabale told the Nation on Thursday that she was overjoyed to have won the prize against notable competitors, some of whom were far more experienced and educated than her.

“My win has proved to me that I’m doing amazing work and makes me feel that my dreams are valid and headed for even some greater victories,” she said.

Ms. Qabale was feted in Dubai at a ceremony held in commemoration of International Nurses Day.

“This victory is indeed for my country Kenya, my continent Africa and all the girls back in the villages of my home county, Marsabit,” Ms. Qabale added.

She was chosen as the winner among the other nominees after impressing the prestigious grand jury with her passionate dedication to the disadvantaged girls in Marsabit county.

The Aster Guardian International Nursing Award was established in 2021 to recognize the unwavering and selfless humanitarian service provided by nurses worldwide.

Ms. Qabale hopes to become an ambassador for girls’ education not only in Marsabit and Kenya, but throughout Africa.

During her tenure as Miss Marsabit County, she campaigned for better menstrual hygiene and education in the county.

She is also the founder of the Qabale Duba Foundation – PAPA Project, which was started to provide girls with sanitary towels and panties so they could focus on their studies. This prevents needy girls from missing courses while they are menstruating.