BY FAITH MUTETE – The head of Atheist in Kenya Society, Harrison Mumia now wants his baptism revoked by his former church Quakers, where he was baptised in Kakamega County.

He wants this to happen because he claims it was done without his consent and now that he is an unbeliever he wants it revoked.

Mr.Mumia wants an official certificate of renunciation signed by a senior member of the Church and to be issued to him as a confirmation that his request has been accepted. 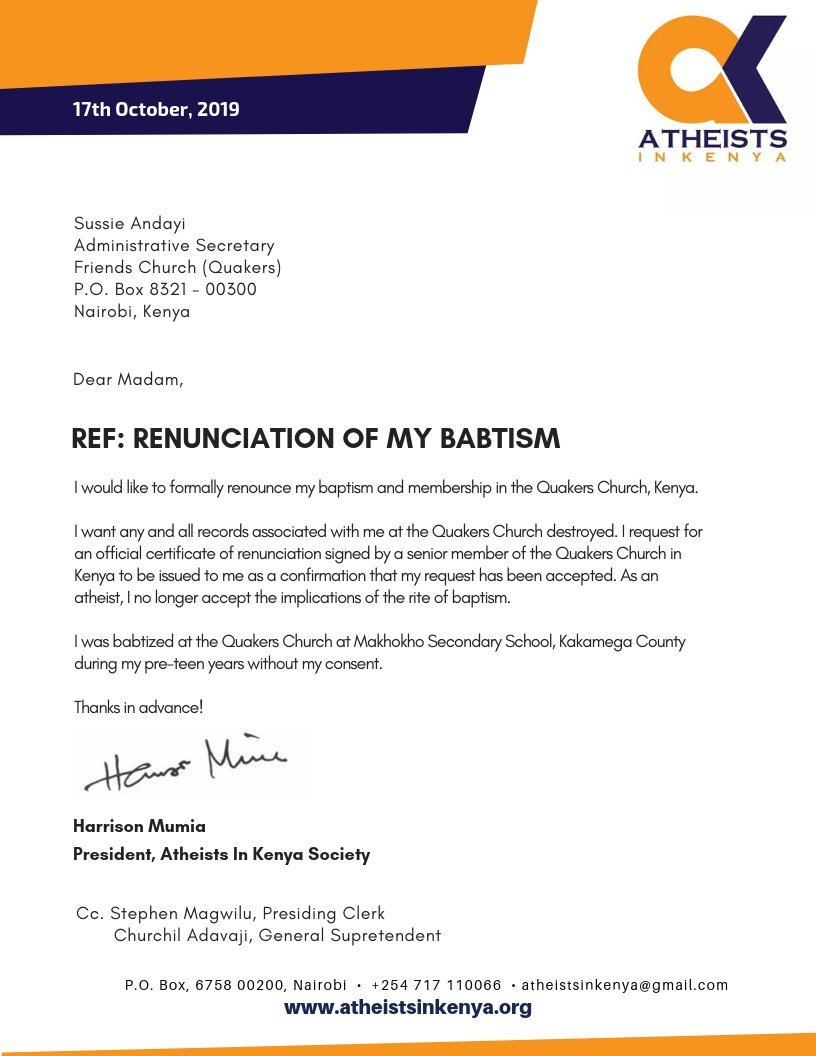 He also wants the church to destroy any details of him as he is not a believer anymore.

According to reports, Mr.Mumia started having doubts about religion when he was in high school and has been an atheists for ten years now.