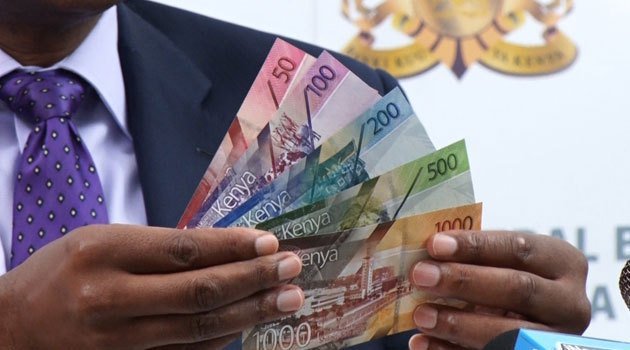 With hardly 17 days to go before the expiry of the deadline set for a complete recall of old Ksh.1000 banknotes from the economy, the Central Bank of Kenya is intensifying its nationwide sensitization campaign to ensure the success of the demonetization drive.

From roadshows, radio and TV talk shows, massive advertising campaigns both on traditional and new media, CBK is leaving nothing to chance as it targets to mop out some 217 million pieces of the old Ksh.1000 notes ahead of the September 30th deadline, after which they will become worthless pieces of paper.

But, the campaign does not end there. In an unprecedented move, many individuals this week received a short text message from an unusual sender – CBK – upon withdrawing cash in excess of Ksh.1000 from their mobile money service providers. The message from CBK read;

Through its twitter feed, @CBKKenya, the custodian of monetary policy and issuer of currency on Wednesday also appealed to Kenyans to remind senior citizens who may be holding on to the old banknotes in various home savings boxes, unaware that they would become worthless upon the expiry of the September 30th deadline, to trade them for the new ones.

“Someone sent us this picture (a ward of several Ksh 1000 notes retrieved from a purse), which she took after she visited her mother. Our mothers and grandmothers are epic savers. They may have some money around their homes. Please check on them and remind them of the deadline of September 30 for exchanging the older Ksh 1000 notes”, CBK tweeted.

In its last official update issued late last month, the Central Bank had indicated that only 100 million, out of the 217 million Ksh.1000 old notes in circulation, had been retired.