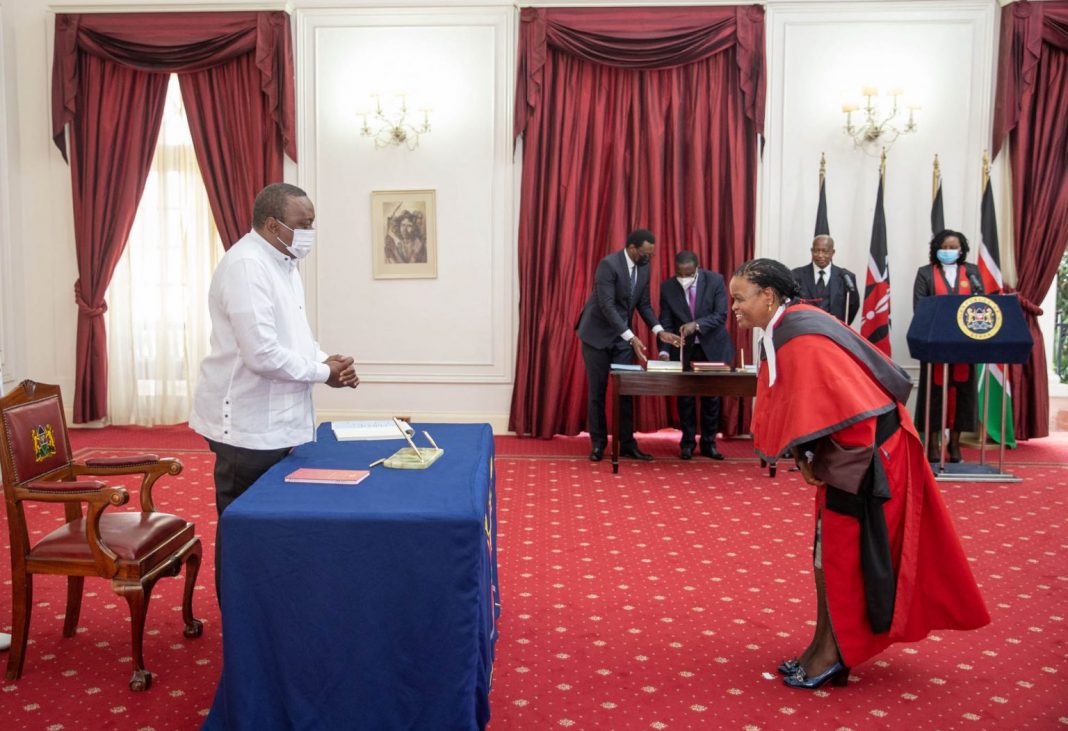 In a case brought against President Uhuru by Katiba Institute, Chief Justice Martha Koome has stepped in to defend him.

According to a story in the Nation, Chief Justice Martha Koome has instructed the Katiba Institute to abandon a complaint against President Uhuru Kenyatta, insisting that he appoint the remaining six judges in June.

The petition is terrible in law, terminally faulty, and misuse of the court process, according to Koome, and it should be dismissed with costs.

Despite his prior criticism of President Uhuru for failing to appoint the six judges chosen by the Judicial Service Commission, Koome appears to have changed his tune.

Petition to the Katiba Institute

The Katiba Institute had filed a petition through their lawyer Dudley Ochiel, stating that President Uhuru Kenyatta cannot pick and choose what to do and what not to do with judicial nominations, describing the situation as a constitutional crisis.

“The cherry-picking and selective appointment or swearing-in of judges undermines the functions and powers of the JSC and the functioning of the Judiciary. It is also an improper extension of the role of the Executive and has created a constitutional crisis,” Ochiel said.

*This article was written by Caleb Mwikya for Uzalendo News.  Email: uzalendonews@gmail.com for News tips and Inquiries.