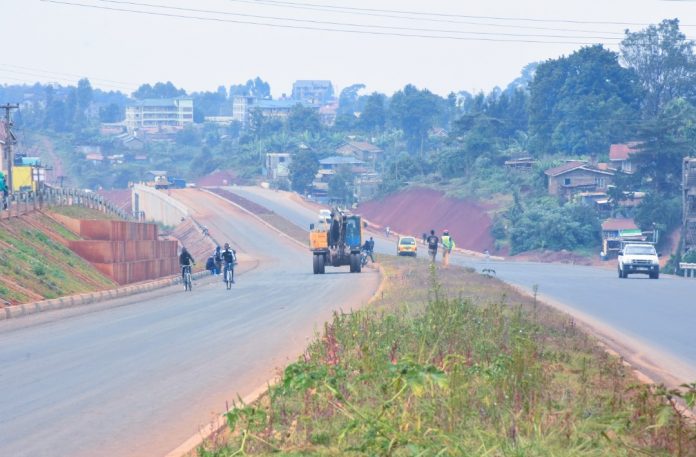 China Road and Bridge Corporation(CRBC) has partnered with the County Government of Kiambu to combat the spread of Covid 19 in its Western by pass project – By Meshack Makau.

CRBC project manager Eric Yu said the move has ensured the project timelines are maintained while ensuring compliance to the Ministry of Health guidelines.
Yu said the more than 1400 locals employed by CBRC have now trained Covid 19 champions.
Among the measures put in place are sensitization on public health procedures such as washing hands and wearing face masks.

CRBC introduces the measures in January and the initiatives have borne fruit.
Project manager Eric Yu said the measures are being enforced on a 24-hour basis.
“We have inculcated in our staff the need to observe the health protocols. The compliance levels is now at 100per cent”, Yu said.

At the same time, CRBC has decried the slow pace of relocating power lines, with only 50 per cent of the electricity amenities having been successfully moved with the road corridor.
Yu says the National Land Commission finalized the mapping and gazettement in August and said he hoped the land will be acquired by end of September.

“NLC has finalized on most bottlenecks in land matters. We expect it will be smooth sailing going forward” he said.
So far, 30 per cent of the work is completed.