Home National CS Kariuki: Why you have no water, despite the heavy rainfall 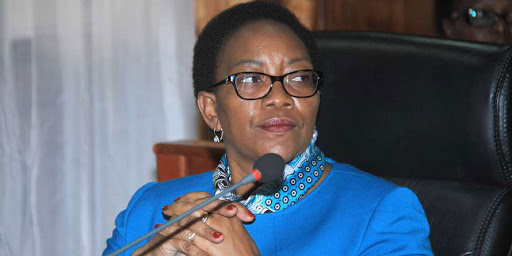 Cabinet Secretary incharge of Water and Irrigation, Sicily Kariuki has come out to explain why certain parts of the country, including Nairobi, have no water despite the heavy rainfall.

Appearing in Wednesday’s media briefing, the former Health CS explained that the shortage of water in Nairobi and its environs, is due to clogged pipes as a result of mud mixing with water.

This is after water pipes became damaged due to landslides and mudslides that have occurred during the rainy season.

“Out of the landsides we have seen, the infrastructure has been muddied but teams from the Ministry are currently deployed to contain the damage and we are scheduled to resume water supply in due time” she said.

The ministry has moved to provide water to residents in need, through water boozers, as part of the interventions before normal water supply resumes.