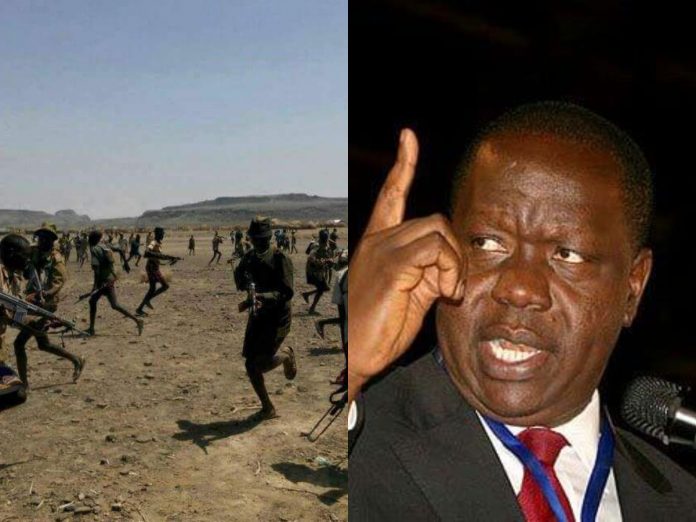 Interior CS Fred Matiang’i has announced an aggressive exercise to disarm residents in Kapedo, and the greater North Eastern region of illegal weapons to calm the region. – By Gerald Gekara.

Addressing journalists after a meeting with leaders from Isiolo, Garissa, and Wajir counties, the CS said volatile regions will be targeted and more resources deployed to address rising insecurity along the borders.

“We are now conducting an audit of the National Police Reservists in Kapedo as directed by the President. We will soon begin a very aggressive exercise of disarmament. It is possible that in some parts of our country like that one we have more arms that are in wrong hands” he said.

In the recent wave of attacks, a senior police officer was shot and killed by gunmen in Kapedo area, Turkana county.

Three other officers were shot and wounded in the attack that happened as officers led a convoy of cars and responded to a distress call. The incident blocked state officials and Members of Parliament from leaving the area.

About seven other people have been reported dead along the Isiolo-Garissa-Wajir border in the last one week following a renewal of clashes between neighboring communities.