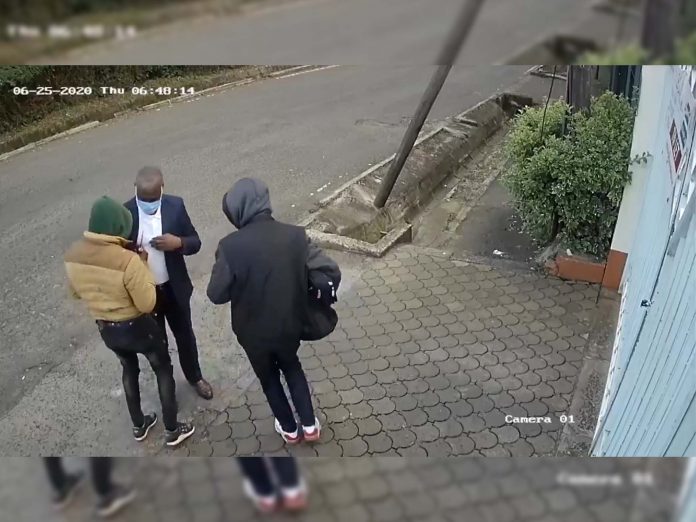 DCI Detectives based at Kilimani have arrested four suspects connected with a robbery incident captured on Camera along Lenana Road on 25th June, 2020 – By Gerald Gekara.

The four were tracked down to their hideouts in Kawangware, Gatina and Pangani areas in Nairobi County.

Other suspects were Mary Wambui (23) believed to be accomplice who was harboring the gang in her house at Pangani and Ali Musa alias ‘Ally’ aged 26 years old who was arrested during the operation and believed to be an associate of the gang.

The detectives also recovered stolen items including a laptop and two phones, alongside their tools of trade, a tactical knife and clothes used during the robbery.

The DCI also applauded the public for reporting the matter, urging Kenyans to work closely with police officers inorder to clamp down increasing crime rates.