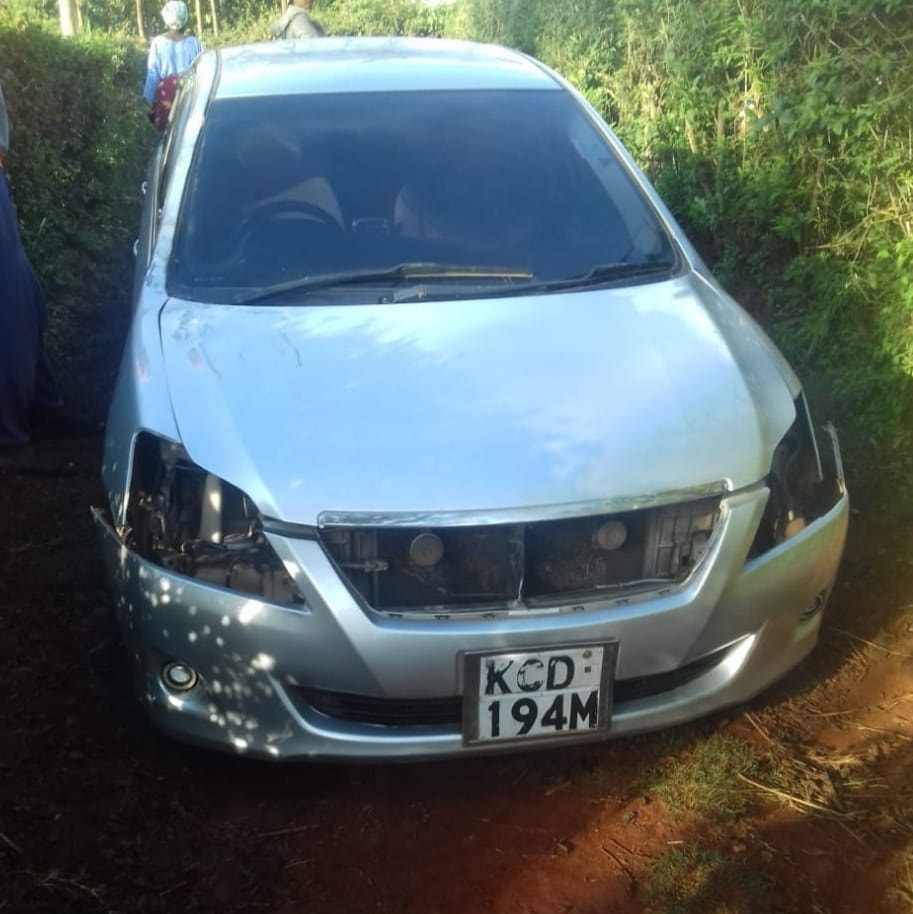 A dangerous and armed criminal gang is being pursued by Kiambu detectives after they carjacked a Ruaka man yesterday, driving away with his Toyota Premio as he drove to his apartment in Ruaka One River Apartments.

The victim pulled over by the apartment’s gate on his way home from work after a night shift, unaware that a gang of three gunmen was waiting for him.

The driver’s windshield was shattered with an iron bar when the door opened, and two bullets from a revolver were fired into the air in an effort to subdue him.