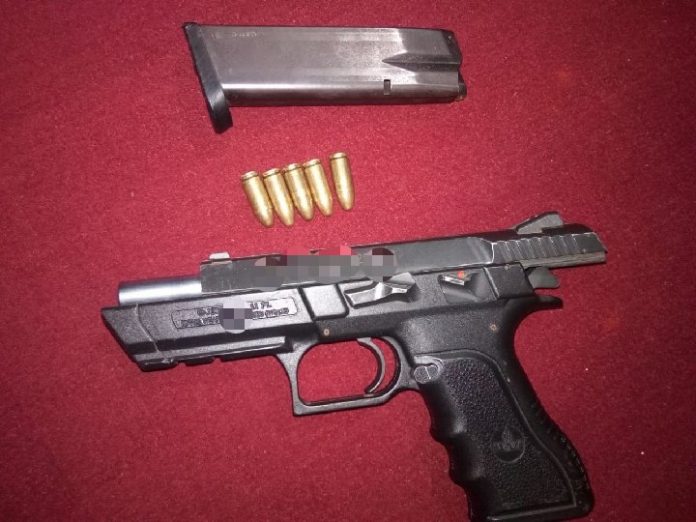 Detectives attached to the Directorate of Criminal Investigations (DCI) apprehended two young men, suspected to have been involved in robbery case.

The operation was triggered by a report from a male victim who was, at gunpoint, robbed of Cash Ksh. 3,000/-, ATM Card & his Mobile Phone in Kikuyu by three men.

Upon alighting the matatu which plies the Kikuyu-Nairobi route, the gang opened fire as they attempted to escape. The detectives intercepted the matatu they were using to escape after a robbery.

The police detectives recovered a Pistol loaded with Five bullets.