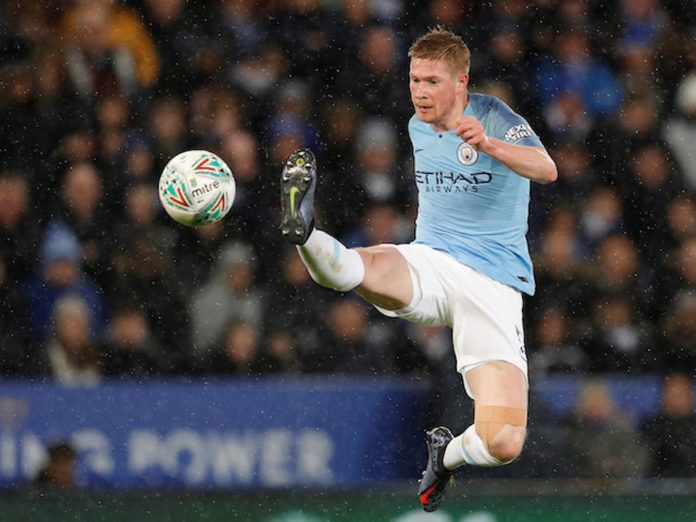 Kevin De Bruyne has signed an extension to his current deal, taking him to the summer of 2025, which will bring up a decade of service at the Etihad Stadium.

And it’s been a glittering period, with De Bruyne winning two Premier League titles, one FA Cup and four League Cups, as well as the 2020 PFA Player of the Year award.

Having joined in 2015 from Wolfsburg – scoring 65 goals and providing 105 assists in 255 matches to date – the 29-year-old believes the Club have overdelivered in every area since his arrival.

“When I came here it was with big expectations and they exceeded every expectation in every part,” De Bruyne said.

“To compete in every cup competition, every title, every Champions League, every FA Cup – and doing it the right way, the way we play, excites me.

“I don’t know why I would change that.”

De Bruyne says his family being settled in Manchester was also a big factor in his decision to extend his deal.