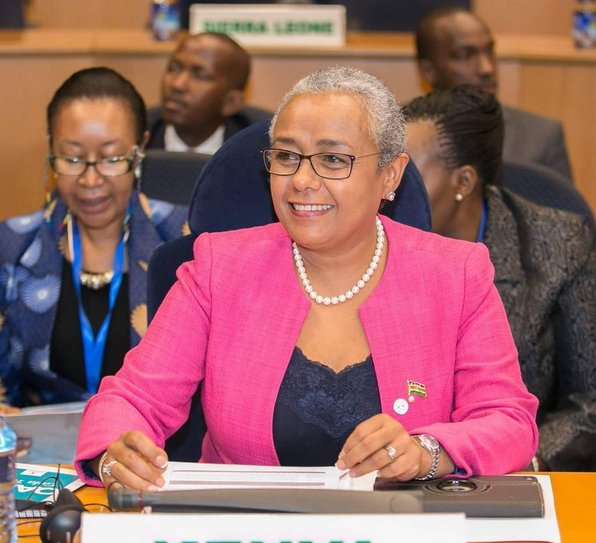 Relentless environmental conservation work and contributions of the late Prof. Wangari Maathai were yesterday immortalized when Kenyans posthumously named a land-mark international conference hall after her.

First Lady Margaret Kenyatta led Kenyans in inaugurating the Wangari Maathai conference room, housed inside the August 7, 1998 Memorial Museum, Nairobi, where over 250 innocent people lost their lives and many others injured and traumatised.

The opening of the conference Hall coincided with celebrations to mark the Wangari Maathai Day and the Africa Environment Day, 2019, set aside by the African Union in her honour.

The World Wildlife Day was also being celebrated today.

The Wangari Maathai Hall has been dedicated to the 2004 Noble Peace Laurette by the August 7 Memorial Trust in recognition of her great legacy in environmental conservation, diplomacy and advocacy for human rights.

The memorial museum stands inside the Peace gardens at the former compound of the US Embassy which was decimated by a powerful bomb blast alongside the Ufundi Cooperative house next door.

Besides the Kenyans, the memorial Museum is also dedicated to all victims of terrorism from across the world including such countries as  Britain, Russia, USA, Iraq, Egypt, Somalia, Syria, Mali and Chad.

There are several other peace gardens and memorial museums spread across the world.

Inaugurating the befitting Wangari Maathai Hall, the First Lady paid glowing tribute to the late Nobel Peace Laureate saying Kenyans will forever be indebted to the conservation heroine for her relentless advocacy campaigns to preserve public lands and forests that citizens enjoy today.

The First Lady called on Kenyans to embrace the values and ideals that the late Maathai  fought for as  we celebrate  the work of the global icon  and efforts of many other heroes for their bravery and determination to make a better world.

“Because of what she taught us, we now appreciate the underlying links, that we so often miss, between environmental democracy and peace,” said the First Lady

She said the Wangari Maathai Hall and the space where the memorial peace museum stands also symbolise hope, reconciliation and peace in memory of the victims of the August 7, 1998 terrorist attack which left the nation greatly traumatised.

“This park stands as an oasis of peace. The green landscapes and peaceful setting resonate with Professor Mathaai’s fight – to live in peaceful harmony with the environment,” added the First Lady

She said the Africa Environmental Day reminds everybody of the work that still needs to be done to make our planet safe for posterity.

The First Lady said the Day calls for concerted efforts and action at continental, regional, national and community levels towards addressing the challenges  posed by climate change.

“We have visible evidence that climate change is not a distant or imaginary threat, but rather a growing and undeniable reality,’ said the First Lady

Other environmental challenges facing Africa, said the First Lady, include extreme weather conditions and human displacement that ultimately increase the risk of conflict, hunger and poverty.

She pledged to lend her voice and work tirelessly to support environmental and wildlife conservation and preservation as well as the promotion of peaceful co-existence of people.

Those attending the ceremony included the Cabinet Secretary for Environment and Forestry Keriako Tobiko,  the Australian High Commissioner to Kenya, the chairperson  of the Green Belt Movement Ms Marion Kamau, family and friends of the late Maathai, some from the United States.

Prof Maathai died on September 25, 2011 at the age of 71 after a brave battle with cancer.

Memorial ceremonies were then held in Kenya, New York, San Francisco, and London.