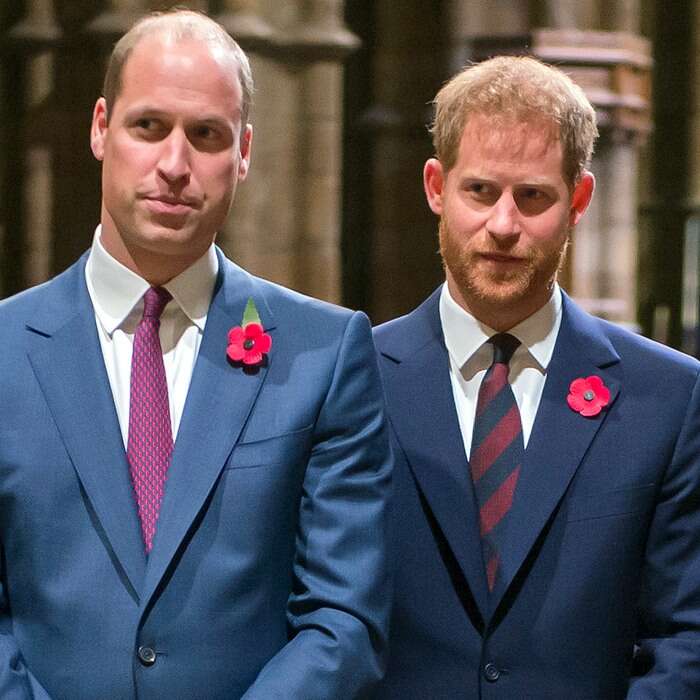 Princes William and Harry will give separate speeches when their mum’s statue is unveiled, it has been reported.

WIlliam, 39, and Harry, 36, will stand by each other for the unveiling of Diana’s memorial in July.

But they will not give a joint address and will instead make separate speeches, it is claimed.

The brothers are in the midst of a severe rift over Harry’s decision to quit the royal family with wife Meghan and then subsequently give an explosive interview with Oprah Winfrey.

Even before Harry left the so-called Firm there were reports that the brothers did not see eye to eye over certain issues.

In an ITV documentary the duke admitted he and his elder brother ‘were on different paths’.

“They will both move heaven and earth to be there. They commissioned the statue together. It is very important for them.

“There is, of course, hope the memory of Diana can repair their relationship but that seems a long way off right now.”

Hopes of improved relations were raised after they chatted at Prince Philip ’s funeral last month but royal aides have since downplayed any thawing between the pair with the discussions understood to be largely superficial.

The source added: “You might have thought they’d go for a joint statement and speech but that’s not the case. Each has insisted on preparing their own.”

The statue will be unveiled on what would have been the 60th birthday of Princess Diana, who died in 1997.

Meghan, 39, pregnant with her second child, is thought to be planning to stay in the US and it’s unlikely the Queen will attend.

Last night The Duchess of Sussex appeared on TV for the first time since her and Harry’s interview with Oprah.

Meghan appeared as part of the Global Citizen VAX Live concert with a pre-recorded video message in which she said women had been disproportionately impacted by Covid-19.

The event, televised on Saturday night in the US, also featured performances from Jennifer Lopez, Eddie Vedder, Foo Fighters, J Balvin and H.E.R.

In her message, Meghan said: “The past year has been defined by communities coming together tirelessly and heroically to tackle Covid-19.

“We’ve gathered tonight because the road ahead is getting brighter, but it’s going to take every one of us to find our way forward.

“As campaign chairs of Vax Live, my husband and I believe it’s critical that our recovery prioritises the health, safety and success of everyone – and particularly women, who have been disproportionately affected by this pandemic.”